Interpol has responded to the viral claims that IEBC chairman Wafula Chebukati was bribed US dollars three million. The allegation that detectives said that Chebukati and two other commissioners received hefty kickbacks to influence ballot printing tender in favour of the Greek firm has been termed to be fake and is misleading information to Kenyans. This was after the damning claims of infiltration by the political elite rocked the international agencies. The Star that was dragged into this claim responded that the information is fake and did not originate from their publishing firm. 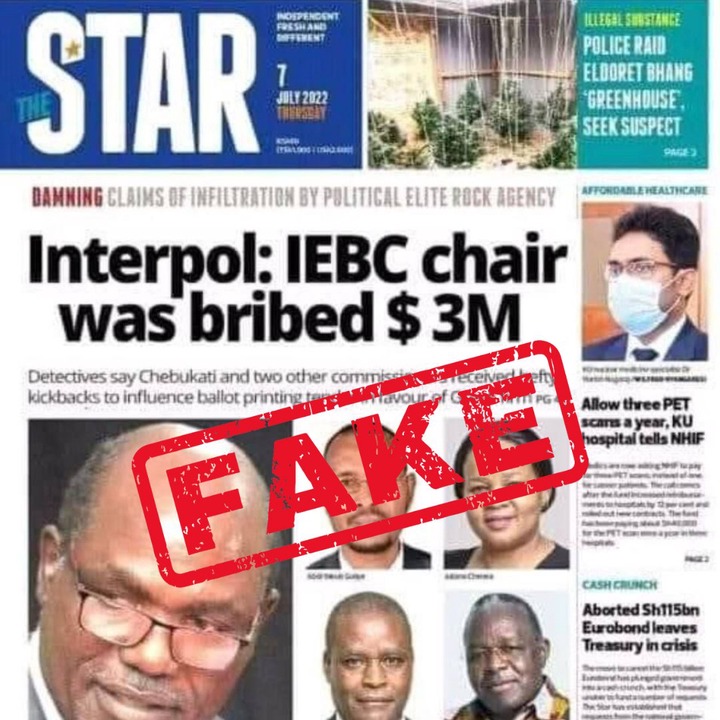 The Star warned Kenyans to be aware of the fake news and asked its readers to get the real copies which are uploaded everyday from 10:00 pm. It was also claimed that senior government officials wanted to bribe Wafula Chebukati and the commissioners to influence them and alter the results in favour of Hon. Raila Odinga. The fake news bloggers like Dennis Itumbi said that the plan was to give 500 million each and incase Chebukati rejects the offer he was to be arrested before announcing the results. 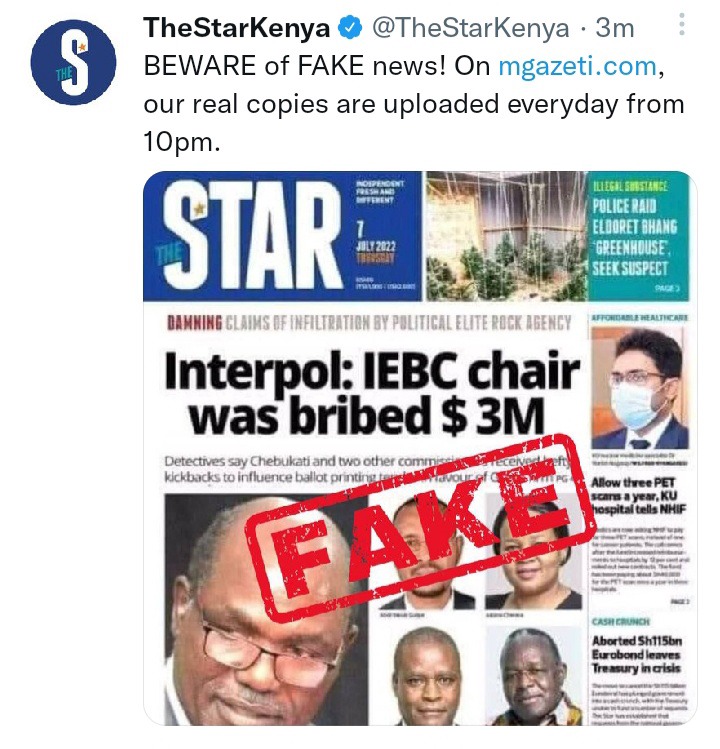