By TeresaKE (self meida writer) | 13 days 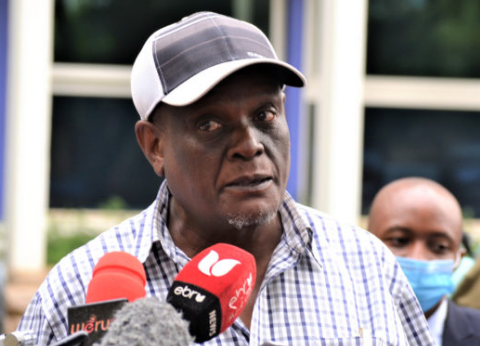 Different tribal kingpins and top political leaders are aligning themselves as they seek to succeed President Uhuru Kenyatta in 2022.

With earlier reports emerging that Uhuru was interested in endorsing a member of the Nasa coalition, the current fall out has been an hindrance to his political interests.

The four leaders; Raila Odinga, Musalia Mudavadi, Kalonzo Musyoka and Moses Wetangula are yet to work on an amicable way of solving their differences, although the later three are already in working terms with Kanu's Gideon Moi under the One Kenya Alliance.

As quoted by the Sunday Nation, Jubilee's vice Chairperson David Murathe urged Kenyans to brace for a 'gigantic political outfit' that will take and maintain an early lead in 2022 general elections against the Deputy President William Ruto.

Murathe stated that despite the differences witnessed as the top parties work to form a coalition; Jubilee, ODM and the four parties of the OKA will unveil the coalition before the elections kick in.

According to Murathe, other leaders who will join in the alliance include; Governors Wycliffe Oparanya, Hassan Joho, Alfred Mutua, Charity Ngilu and Professor Kivutha Kibwana. 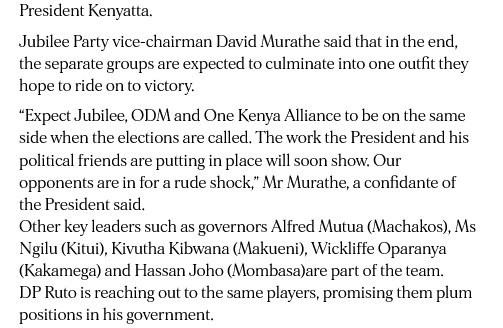 Bad News for Manchester United Ahead of New Season