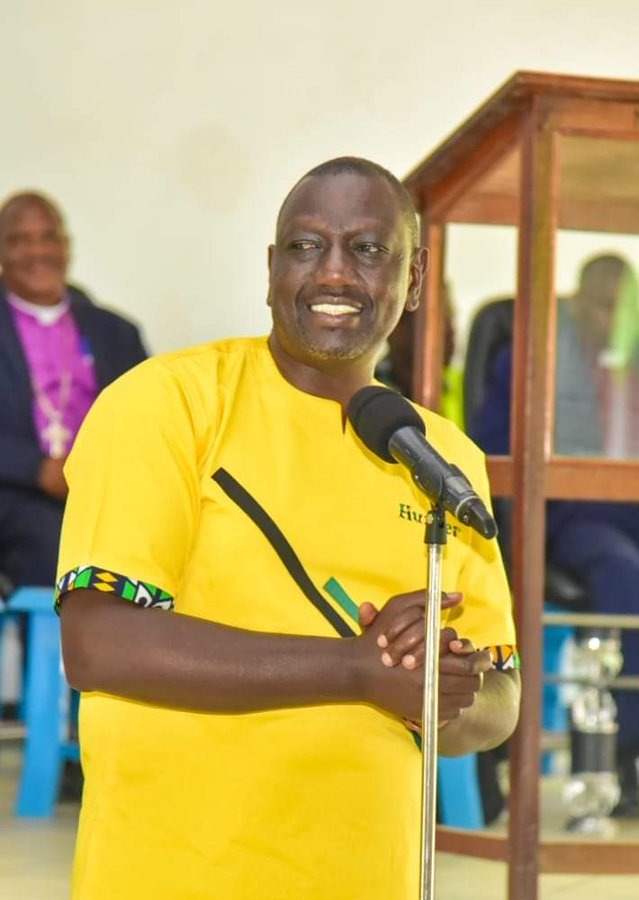 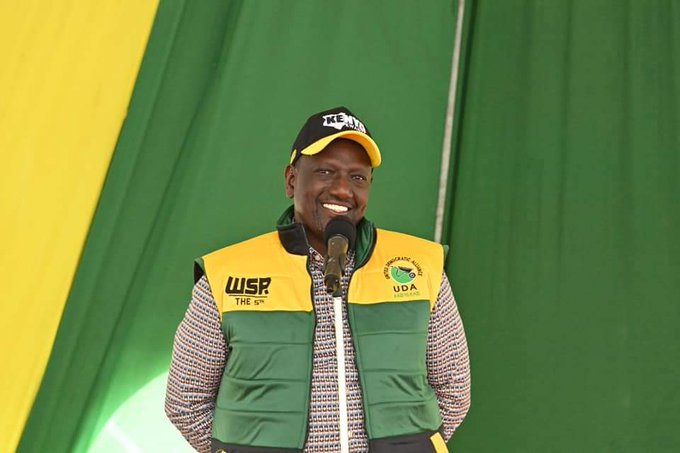 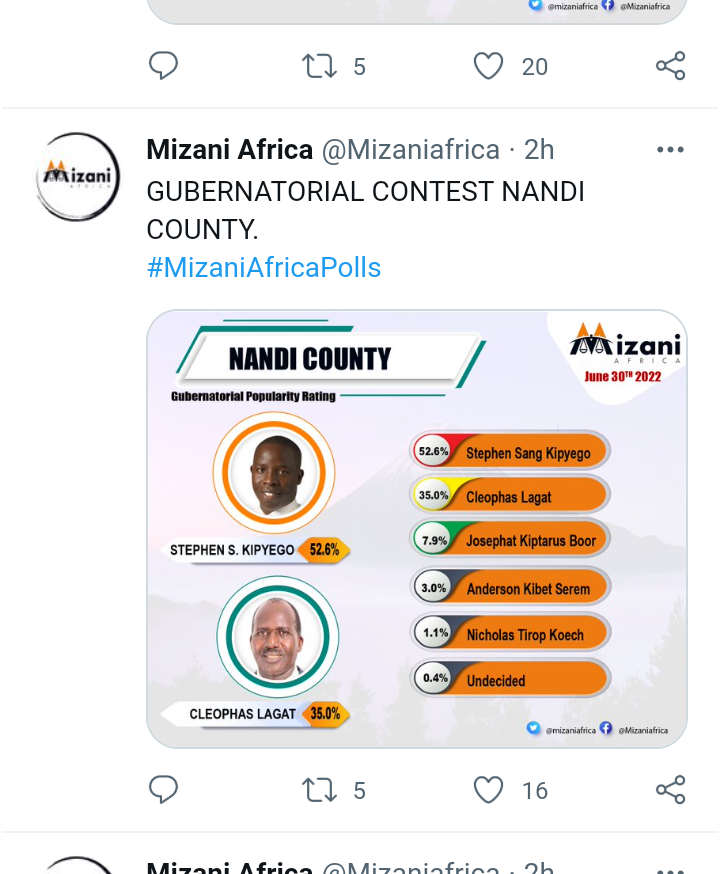 The results of the poll have established that UDA party gubernatorial aspirant Stephen Sang is leading other aspirants in the new opinion poll garnering a support percentage of 52.6. 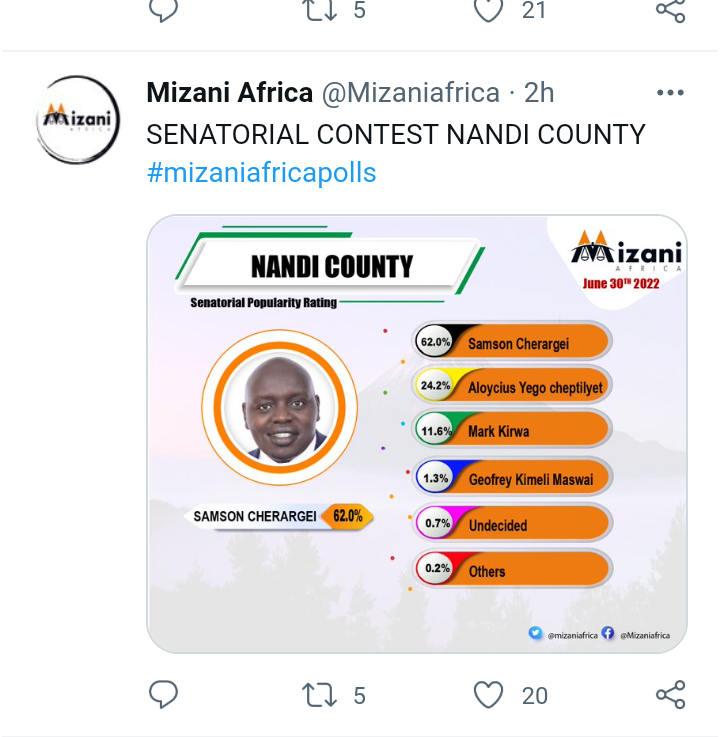 The results have also informed that the UDA party Senatorial aspirant Samson Cherargei has also led other aspirants in the Mizani Africa senatorial opinion poll. Cherargei garnered 62 percent of the total participants who took part in the opinion poll. 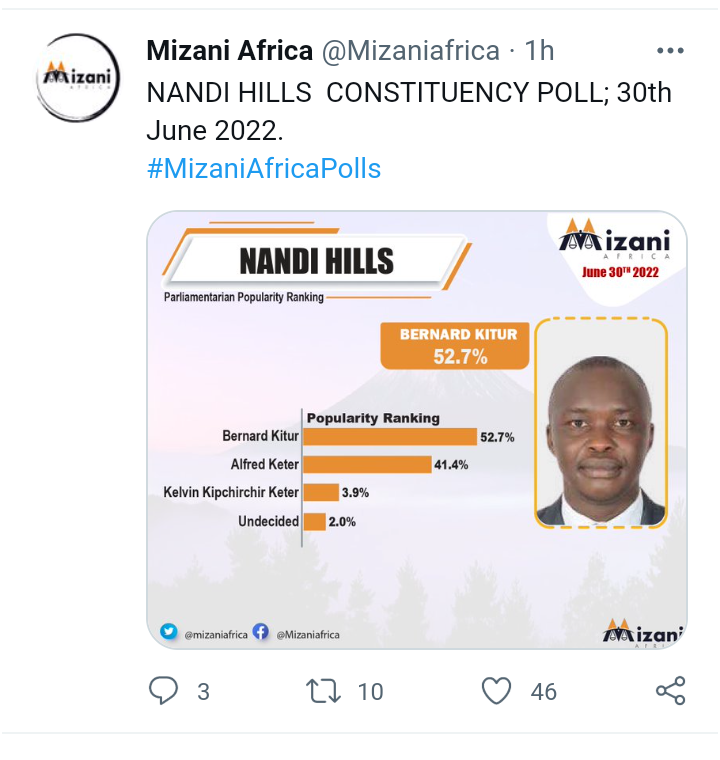 IEBC Message To Kenyans Locked Out Of Voting Process