Azimio leaders led by Raila Odinga were welcomed overwhelmingly by his supporters from Narok.The leader was accompanied by his running mate Martha Karua , Peter Keneth and other Azimio leaders.

Raila was making his speech when he met with something that could make him smile all through.This was after the leader was gifted with an exact drawing of statehouse from supporters.This was actually something of assurance that Narok people have endorsed him to become the next president.

The Azimio leader responded to the gift by standing at the front of the drawing and asked Martha who was his deputy to stand beside him.This showed that Raila received the gift joyfully from his supporters and believed in all what the gift meant. 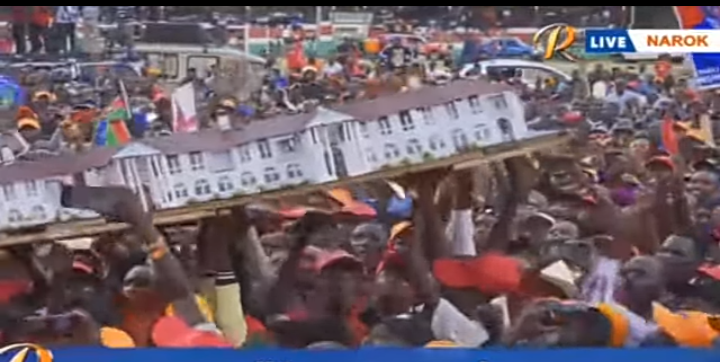 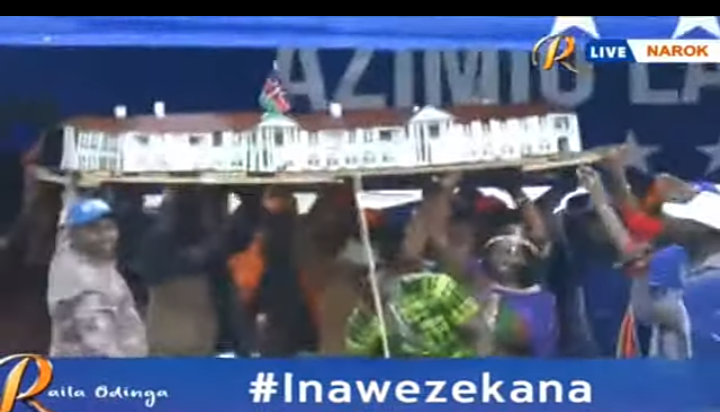 Azimio has been facing alot of hostility and support from the Narok people in the two days they have been holding their elections.This could actually mean alot in the Kenyan political changes in the sote of presidency.