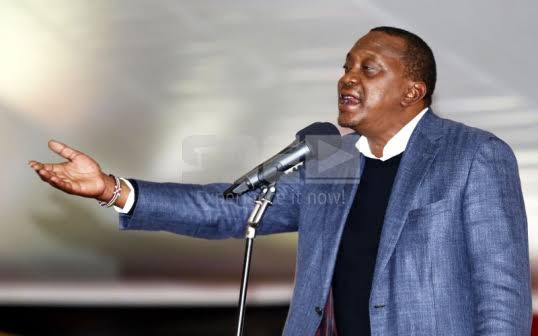 Former president of Kenya Uhuru Muigai Kenyatta is said to have been hurt greatly with the general elections' result done in August, 2022. The former president's devastation is such a great one that he rarely engages politicians outside of a small circle and spends most of his free time in his retirement home he built on his ranch in Trans Mara. 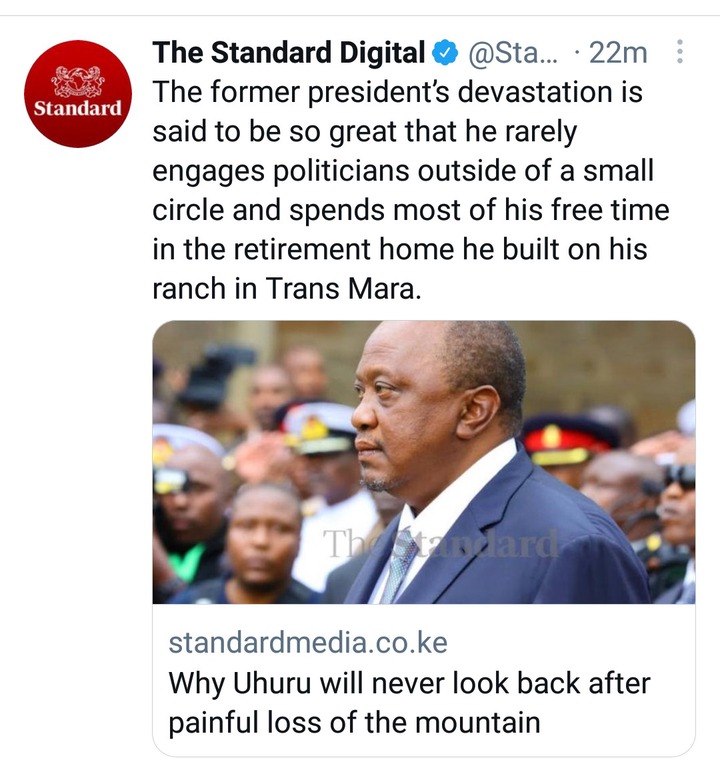 As he was exiting the presidential office, Uhuru greatly supported former prime minister Raila Odinga in the presidential race who lost the seat thinly to his by then deputy president William Ruto. As the kingpin of vote rich area, the Mount Kenya region, Uhuru expected Raila's by far win in his backyard which would see Odinga's victory in the elections.

Unfortunately, Raila Odinga was defeated by far in his backyard contributing to the loss. The Kenyan leader felt so much disappointed to a point of almost exiting active politics. As a Kenyan, what can you tell the Kenyan former president? Drop your comments in the comments section below.