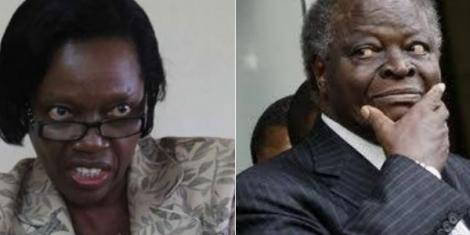 It is over a week since President Mwai Kibaki marked her 89 birthday. Kenyans led by leading media houses on 15 November used social media to wish Mzee Kibaki best birthday.

Just when they are focusing on Kibaki's 90th birthday, Martha Karua plunged Kenyans into confusion by wishing Kibaki a happy birthday.

Karua on Monday evening, 23 November, took to Twitter and wished the retired president a happy birthday, raising eyebrows why her wishes are coming after a week.

"Happy Birthday RTD President Kibaki. May God give you more years," she tweeted.

The late wishes which she actually did not indicate they were belated, have left Kenyans wondering what is wrong with the former presidential candidate.

Some Kenyans are linking the belated birthday wishes to the current revival of post-election violence cases that happened back in 2007 and 2008.

DCI boss Mr Kinoti on Monday revealed that victims had recorded statement leading to reopening of the cases. 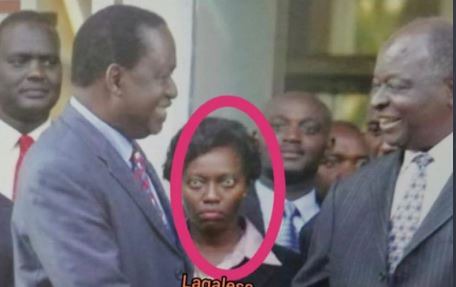 President Kibaki and ODM leader Raila Odinga fell out over the election after Raila disputed Kibaki's win, which resulted in violence in the country.

It is a big coincidence that Karua is wishing Kibaki birthday wishes on the same day Kinoti announced new development on the case.

Have a look at Kenyans say: 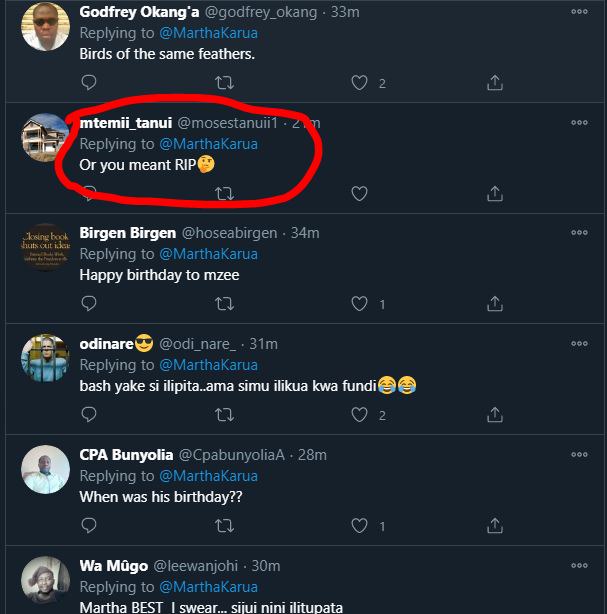 @jumavikta: He gave you a platform amongst the system..time surely runs faster than we imagine... sikuizi wee ni kama kelele za chura,, broke and dumped 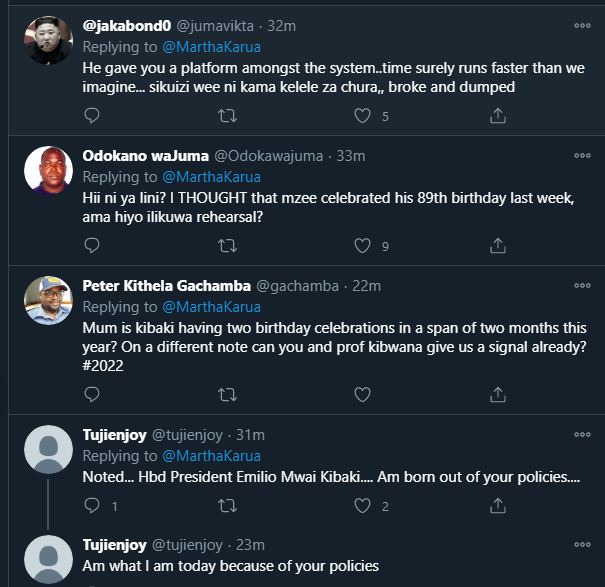 @gachamba: Mum is kibaki having two birthday celebrations in a span of two months this year? On a different note can you and prof kibwana give us a signal already? #2022

@stance999masua: I don't know why I feel that she is sure of what she tweeted. HBD former president kibaki 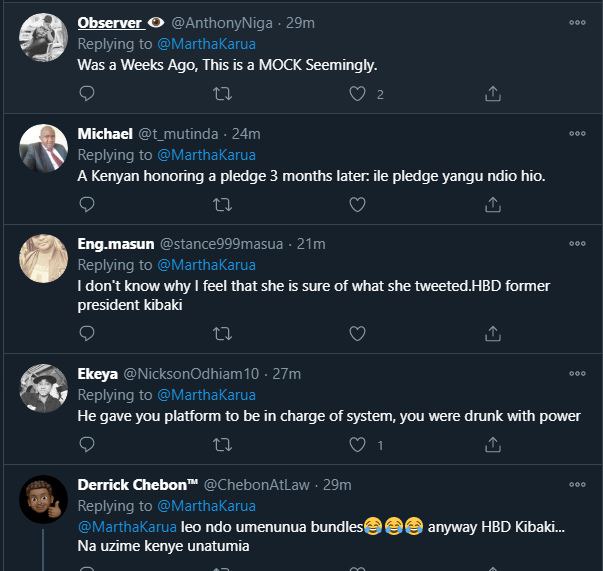 @NicksonOdhiam10: He gave you platform to be in charge of system, you were drunk with power