A poll conducted by the Star Magazine has sparked a lot of mixed reactions from kenyans who seemed to have different opinions on the matter after it revealed that the former prime Minister of Kenya and Orange Democratic Movement party leader, honorable Raila Odinga was likely to become the president of Kenya after beating the deputy president of Kenya, honorable William with a bigger percentage or rather margin. 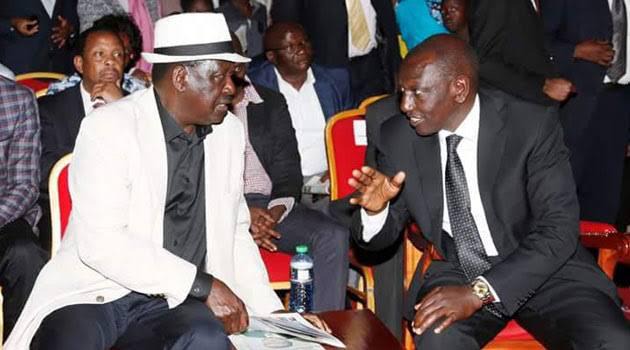 Taking to his Twitter account to react to this, renowned professor Makau Mutua called upon one of Raila's Critic Ahmednasir to express his thoughts on the poll claiming that he was quiet due to the fact that his candidate, the deputy president of Kenya had been beaten by the former prime Minister of Kenya.

However, kenyans who took to their different social media accounts to express their opinions and suggestions on the matter have called upon the government to stop this opinion polls.

According to the reports given by most Kenyans, they claimed that some of this polls may mislead Kenyans in the oncoming General elections.

Michelle... So you mean the deputy president of Kenya, honorable William Ruto was leading and now its Raila.

Mike... As long as the former prime Minister of Kenya becomes the president, I'm okay.

Chelagat... The former prime Minister of Kenya and the deputy president of Kenya are the only candidates. Mudavadi should sit down.

Lena... Congratulations to whoever will become the president. They won't help me in any way.

Maina... I don't know who will be the next president of Kenya but as long as it's peaceful, I don't care.

Mary.... This things are confusing and for this reason, I would like to call upon the government to order this companies to stop this. 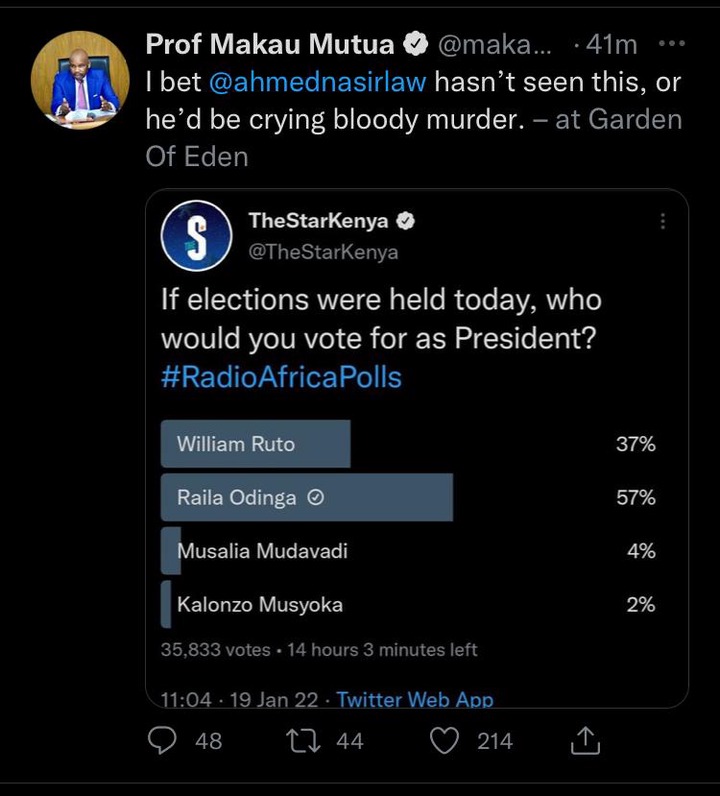