By Cumist (self media writer) | 1 month ago

The kieni member of Parliament Hon.Kanini Kega is one of the vocal jubilee party leaders who have been seen featuring in the on social media talking of the current issues concerning the National political Stand at the moment.Kega have been one of the closest Mps who have been working hand in hand with president uhuru Kenyatta.Kanini's latest remarks have been shifting attention in the mountains regions and he was among the key mount Kenya leaders who were seen fighting hard for the succession of the building bridges initiative (BBI). 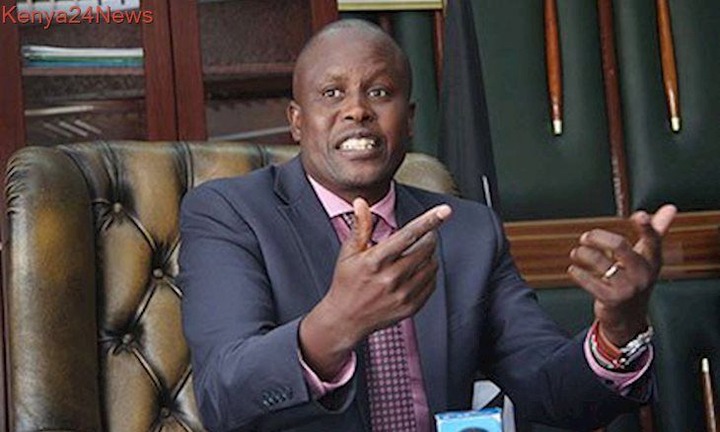 According to Kega's remarks,it's the first time in history that the vote rich regions (mount Kenya region) will be going into an election without having the strongest candidate.He have therefore advise the region to play the cards well with what they expect to have in return.Kanini's latest sentiments and reactions in the social media platform have left many Kenyans wondering since he have shifted all his attention to the ODM party leader Raila Odinga who have been a close ally to president uhuru Kenyatta since the handshake.According to his latest post Mr Kega have confidently give a big plus to David Murathe's previous sentiments concerning the Raila Oding'as presidency.Kanini said in his official Facebook page that the fifth was in Garissa,a powerful statement which give Raila Odinga a direct ticket to statehouse. 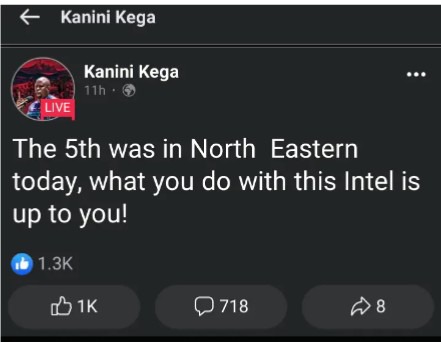 The ODM leader will be having a three day tour in North Eastern province Garissa county with high expectations awaiting him from the Garissa residents.As a close follower and supporter of Raila Odinga's presidential bid please comment and share as you follow my page for more updates