Just After A Coalition Deal Between DP Ruto And Mudavadi, Baba Sends A Message To Them 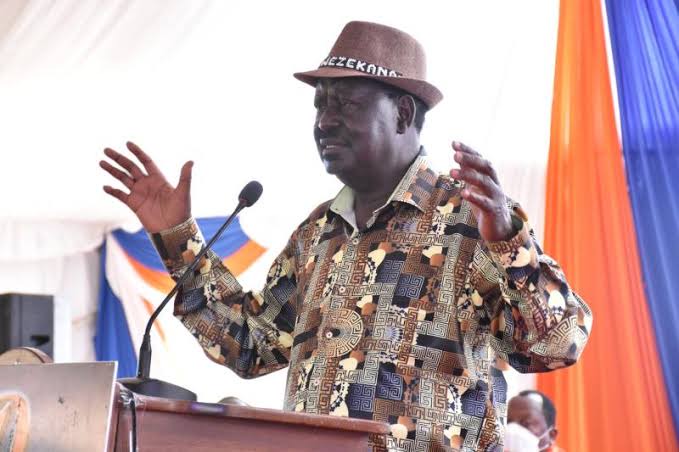 The clock is running down to the 2022 presidential elections, and Raila Odinga and Deputy President William Ruto have been tipped as front-runners, but the Wiper party leader has dismissed the accusations and declared himself ready for the fight.

Both politicians have been campaigning across the country to persuade people to vote for them, and they will face off on August 8th to choose Kenya's fifth president.

Deputy President William Ruto is scheduled to tour western Kenya tomorrow to demonstrate citizens that they have united with Western leaders and to entice them to vote for them in the 2022 elections.

Furthermore, Raila Odinga has given a distressing message to Kenya's deputy president William Ruto, Musalia Mudavadi, and Moses Wetangula in the aftermath of the so-called earthquake that struck Bomas last week.

According to the source, Raila Odinga, the leader of the ODM, warned the three leaders not to promise an earthquake and then failed to provide a rumbling sound.

"Don't make any more promises to the people about an earthquake. People didn't even pay attention to a rumbling sound "Raila Odinga, the head of the ODM, stated.

This incident occurred when a close associate of DP Ruto suggested that Kenyans should prepare for the next earthquake and that all of his challengers should wait for it. DP Ruto may be after Kalonzo Musyoka and KANU party leader Moi, while Raila Odinga may be after the same people.