By Kingangi (self media writer) | 3 months ago 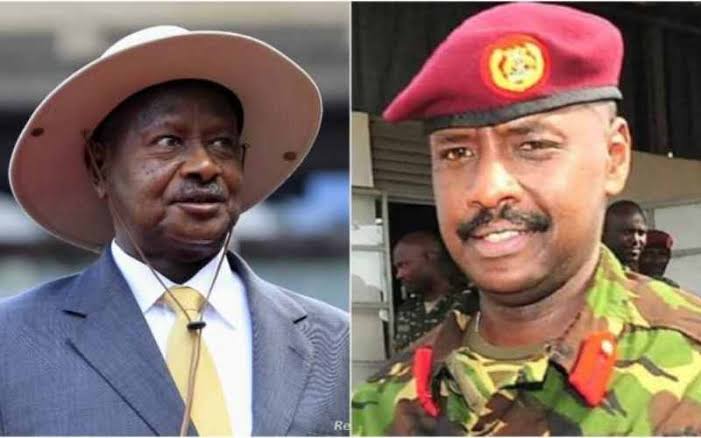 President of Uganda Yoweri Museveni has replaced his son as the Commander of Uganda Land Defence Forces to a General. This is a promotion according to Ugandan military ranks and file for he is now a general. Muhoozi will be replaced by General Kayanja Muhanga. 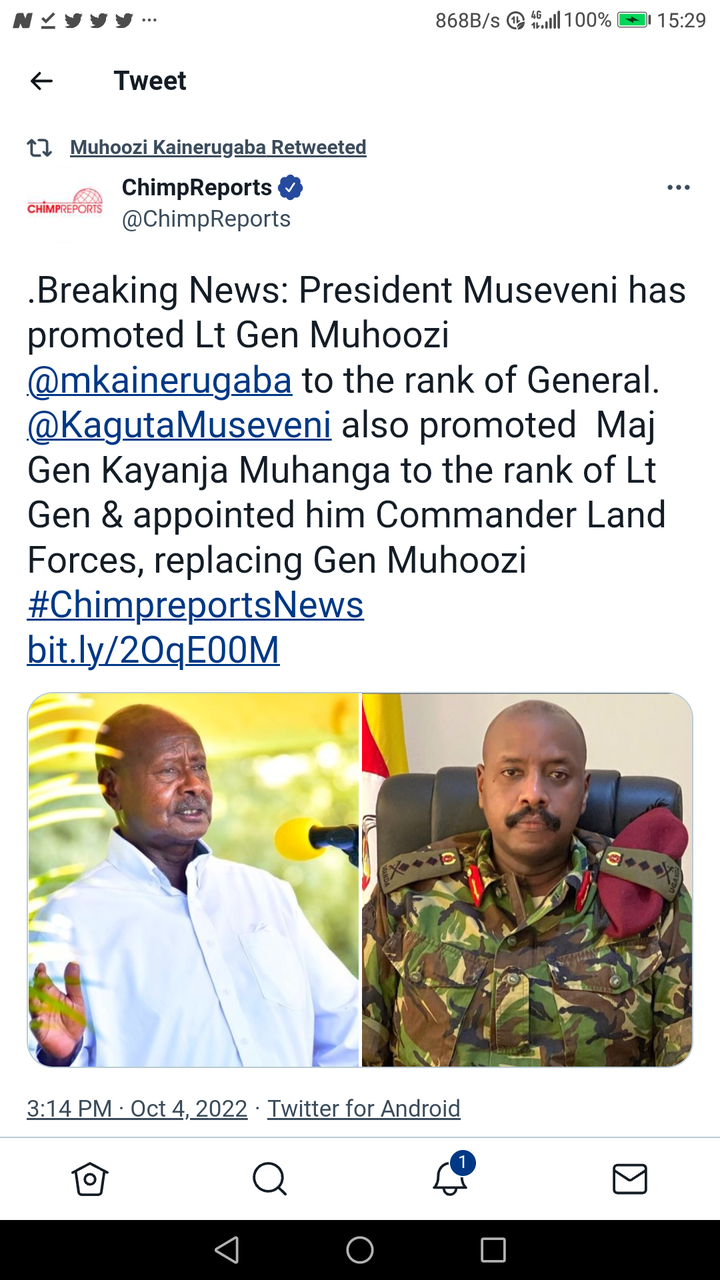 The move by President Yoweri Museveni to promote his son comes after his remarks of capturing Nairobi. The matter caused a diplomatic tiff between Kenya and Uganda and it might have informed the changes in the military ranks. 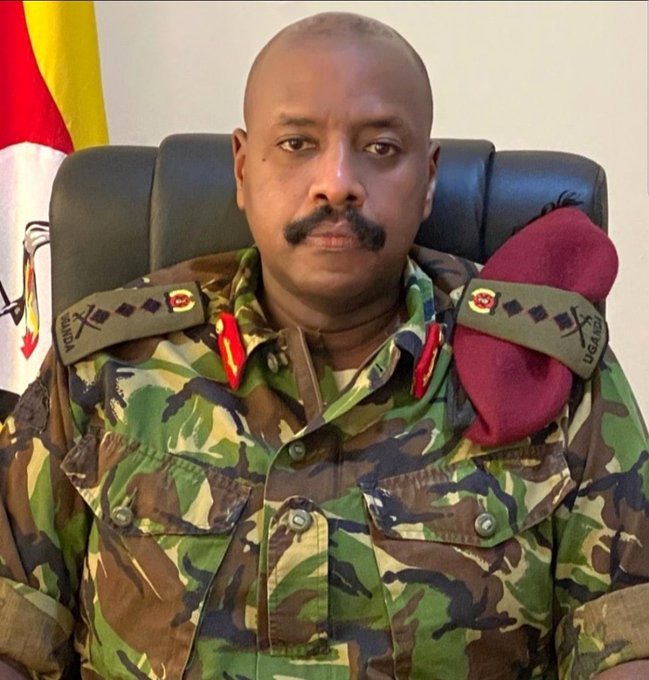 It's a fact Muhoozi Kainerugaba utterances didn't sit down well with Kenyans and a section of leaders. The matter left many Kenyans asking president William Ruto to act quickly and arrest Kainerugaba. However it's clear the Ugandan president has found it for to promote him in the military ranks.