By MINE (self media writer) | 3 months ago 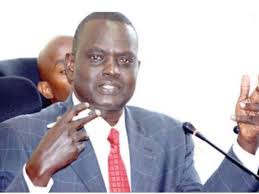 Samuel Poghisio is a Kenyan veteran politician from the Great Rift Valley Region of Kenya. He was first elected to the parliament in 1988, and also in 1997 and 2002. Until 2007 elections he represented the KANU party. His Kacheliba Constituency parliamentary seat was taken over by Mark Lomunokol in the 2013 elections having opted to vie for the Senatorial seat unsuccessfully. But during the hotly contested 2017 general elections, he managed to win the West Pokot County Senatorial Seat through the KANU party ticket.

Senator Samuel Poghisio has ever been a member of the Orange Democratic Movement party and also the United Republic Party which was formed by Deputy President Dr William Samoei Arap Ruto after ditching ODM. Senator Samuel Poghisio is the current sitting Senate majority leader having suceeded Elgeyo Marakwet County Senator Kipchumba Murkomen who was shown the door for not being loyal to the ruling Jubilee Coalition party of Kenya after joining DP William Ruto's United Democratic Alliance party of Kenya.

Senator Samuel Poghisio has publicly changed tune as he pleaded for forgiveness from his predecessor Senator Kipchumba Murkomen after yesterday's show in Senate. He said that there was nothing personal between them as he detailed why they had that encounter during the Political Parties Amendment Bill.

"As senate Majority Leader it’s my responsibility to ensure government legislation is passed. The former Majority Leader leads the opposition from within. That explains that encounter in the senate between us yesterday. Nothing personal between us. We all needed that bill to pass." 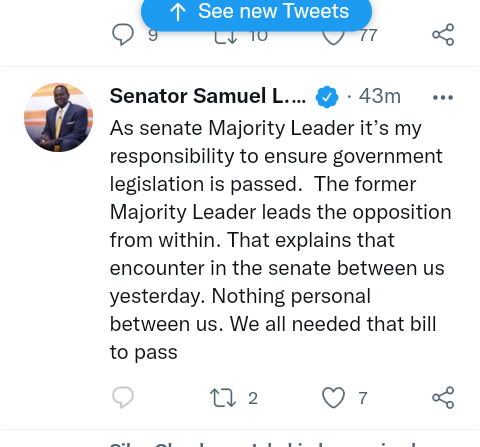 Content created and supplied by: MINE (via Opera News )