By Kenya_Politics (self media writer) | 4 months ago

Miguna's allegations comes barely a few days after Muhoozi the son to president Meseveni joked of extending Ugandan borders UpTo Nairobi county. Muhoozi's army tweets ilicited mixed reactions amongst netizens and this turned to be the talk of town across the social media platforms.

Earlier before Muhoozi published his controversial tweets, Kenyans on social media platforms were focusing on the freemason conversation.

Miguna's social media followers have expressed mixed reactions to the lawyers allegations against freemason. A section of the netizens have supported Miguna's allegations with some alleging that the freemason group use secret dark forces to influence the world. 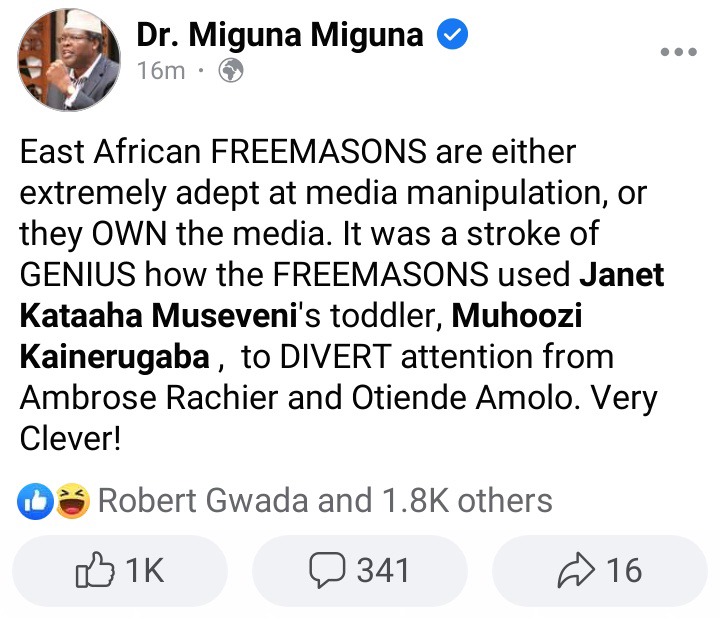 Content created and supplied by: Kenya_Politics (via Opera News )