By Muxammad (self meida writer) | 27 days

After President Mohamed Abdullahi Farmajo of Somalia extended his term by two years, there has been heightened instability in Mogadishu after several senior army officers and some clan groupings threatened to forcefully topple President Farmajo from office. 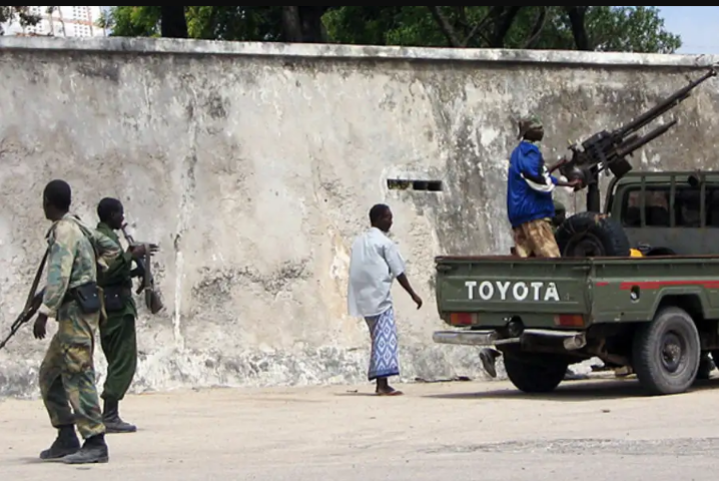 President Farmajo colluded with the federal parliament to hurriedly pass a term extension and the President ratified it on the same day, this decision has attracted international condemnation from Somalia's donors like the United States and the European union.

Sadaq Joon, the head of the police in Mogadishu region was sacked by the President after he tried to stop parliamentarians from convening, Joon comes from the larger Hawiye sub clan of Habar Gidir and its members have been gathering in a certain estate within Mogadishu in order to plan on what to do after one of their own was relieved off his duties.

There is also divisions within the country's millitary after some senior army officers opposed the term extension, Somalia's military is made of tribal groupings and are easily swayed by clan allegiances and interests, a Senior army General Mohamed Mohamud Koronto threatened to take over Mogadishu's key Airport and Seaport after President Farmajo extended his term.

The term extension caught many unawares until recently the President was consulting with regional leaders on the best way forward and how the country can go to nationwide elections but the meeting ended in disagreement and the Somalia Government spokesman blamed Puntland and Jubaland leadership for the impasse.

Somalia had been without a strong central government since the fall of dictator Mohamed Siad Bare in 1990 and since then the country and especially Mogadishu has been ravaged by interclan wars and rivalries and this has been exacerbated by the emergence of terrorist groups like Alshabab which has carried out bombings and killings all over the country.

Dr. Miguna's Prophesy That Has Come To Pass, After This Happened Yesterday in The Court Of Law.