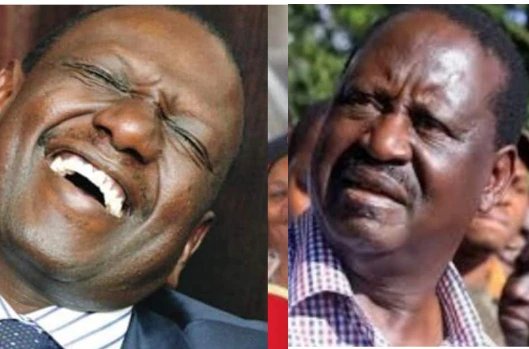 Raila Odinga is unquestionably the king of game strategies. Many people felt Baba was finished, especially after the 2017 general election, and that he would never make a political comeback, yet as we speak, he is one of the favourites to succeed President Uhuru Kenyatta.

As a result, many Kenyans have been wondering who is likely to advise the former Prime Minister. That's because he's been making surprising moves that have caught many people off guard, and his recent statement has elicited conflicting reactions from the public yet again.

According to reports, the ODM party leader stunned Kenyans when he openly said that they would keep their manifesto secret so that it would not be stolen by his opponents. 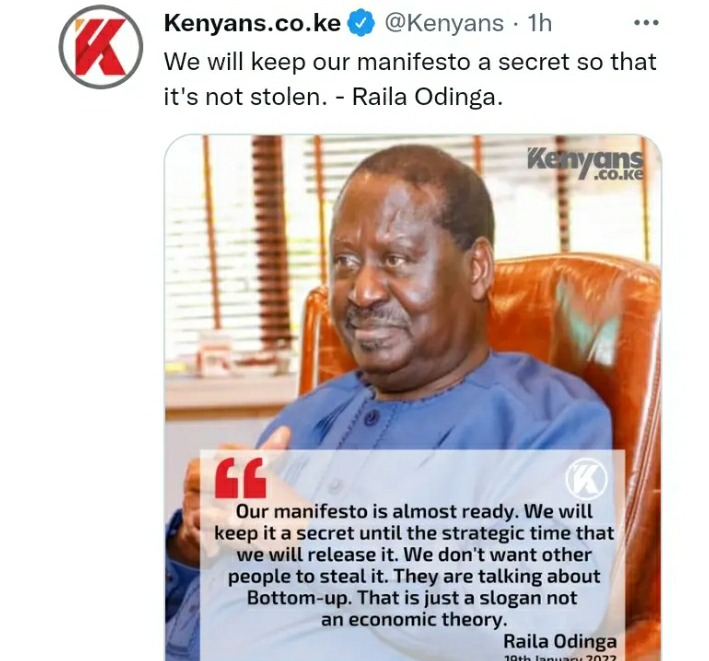 They don't have anything to oppose the powerful and iconic bottom-up economic model...tell him that a theory and a model are not the same thing." One Kenyan responded, and other Kenyans followed suit. 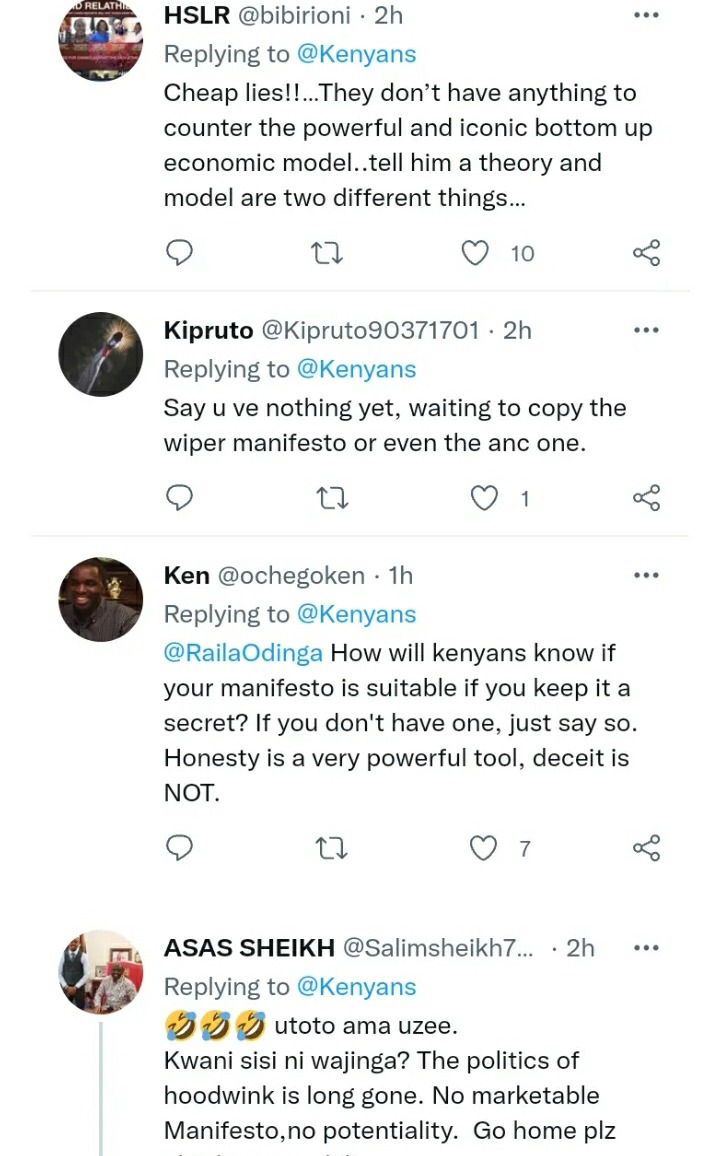