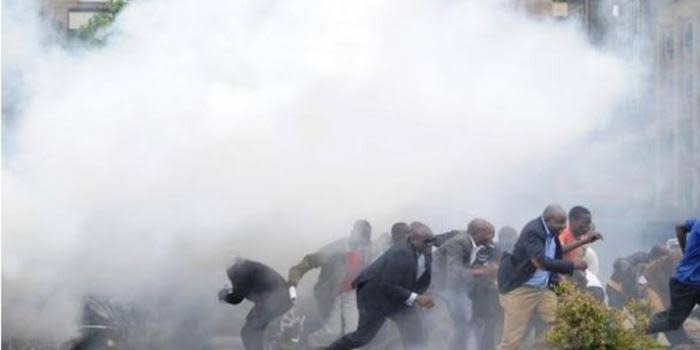 As the investigations continue on the teargassing of Narc Kenya party Leader Marta Karua during the Azimio rally held on Thursday at the Kisii grounds,

Fresh details have emerged about the named police officer who committed the act including some of the reasons why he was won in civilian instead of the official uniform.

It has been established via the Nation that the officer who was caught was not won in the official uniforms since he was not on duty and neither had been assigned any duty for that day.

"Sources from the police reveal that the officer was not on duty and had not officially been assigned to go to the stadium," read the report.

According to a report from the National Police Service to the media by Police Spokesman Bruno Shioso has informed that “they have the full information that the person caught was a police officer and that tough measures will be taken in account of what transpired.

"Firm and decisive action will be taken on anyone found responsible for the actions leading to discharge of the teargas,” said Shioso in a statement to newsrooms after the incident. 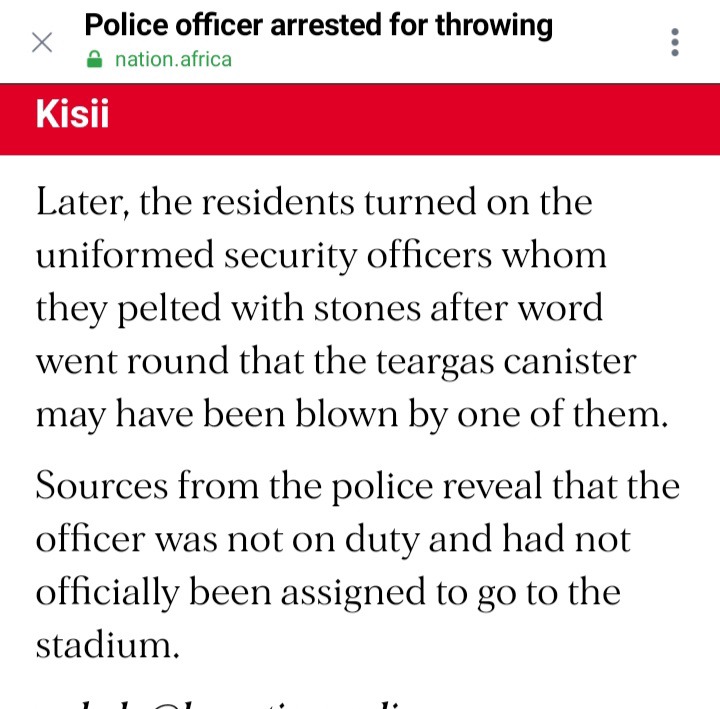