Jubilee Secretary General Raphael Tuju drew sharp criticism from Kenyans after he fired a warning towards the five-judge bench that declared the Building Bridges Initiative (BBI) as unconstitutional.

Speaking in an interview on NTV on Monday, May 17, Tuju reminded the judges that they rely on the same government they were reportedly fighting and frustrating.

He additionally accused them of disrespecting President Uhuru Kenyatta by referring to him as "Mr", and also clipping his powers to bits in his role as a symbol of national unity.

Justices Teresia Matheka, Joel Ngugi, George Odunga, Jairus Ngaah, and Chacha Mwita - on Thursday, May 13 - declared the BBI initiative as null and void and faulted Uhuru for failing to respect, uphold and safeguard the Constitution by initiating a referendum. 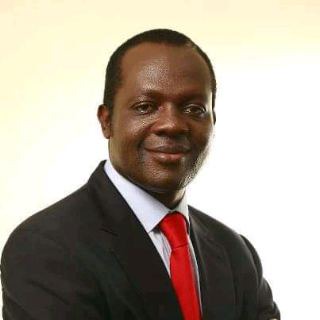 "Judges should learn the word 'interdependence' because as soon as they finish a ruling, they need policemen to escort them home as guards or drivers. The world is much more complicated.

"We are a little more humble than the judges who say this is what is, period! If you don't like it, period!" Tuju castigated the judges in what his critics termed as a premonition of the government withdrawing the justices' security.

His words ignited concern with a mix of outrage and Law Society of Kenya President Nelson Havi led a number of lawyers and Kenyans in response to Tuju's remarks.

"Raphael Tuju, hear and get me loud and clear. Your behaviour seems to know no limit. Judges volunteer to serve in an Arm of Government. Their security is not a privilege but a right. This is not the Uganda of the 1970s. Cross that line again and you will live to regret it," Havi warned.

"It's shamelessly and Recklessly for person of Raphael Tuju to talk like if he has the Whole Country under his Pocket. Tuju must understand that Judges did there work as per Constitution. He doesn't Provide or pay police to guard judges but Kenyans do," added one Katunda King'ang'i.

Tuju in his interview further warned politicians against celebrating the BBI ruling, arguing that the initiative was aligned towards fostering peace and unity.

"People who are celebrating the High Court ruling that nullified the BBI are like dancing on the graves of those who died during political violence in Kenya. This kind of ruling (BBI) tests our institutions. If it was in some of the failed African states, military vehicles would be spotted on Nairobi roads.

Deputy President William Ruto was among the notable politicians who expressed excitement by the ruling against the BBI. The DP stated that Kenya's democracy is tied down on the rule of law, constitutionalism, separation of power and respect for independent institutions.

"All patriotic citizens must defend these tenets just like the Judiciary did. Now let's focus on covid vaccination, economic recovery, the Big 4 Agenda and unity. There is God in heaven who loves Kenya immeasurably. May God's name be praised forever," Ruto wrote in two separate tweets.

Lawyer Kamotho Waiganjo warned the government against countering the BBI bill being discredited by the judges. The advocate lamented that the burden and effect trickles down to common citizens as punitive measures affect the Judiciary's operations.

Attorney General Paul Kihara Kariuki and the BBI secretariat announced that they would appeal against the High Court's BBI ruling. President Uhuru Kenyatta has, however, maintained his silence on the matter.

Tuju explained that he (the head of state) was listening to his advisers before weighing in on the developments.