Jiang Zemin, a Chinese retired politician who served as general secretary of the Chinese Communist Party from 1989 to 2002, as chairman of the Central Military Commission from 1989 to 2004, and as president of China from 1993 to 2003 is dead, state-run Xinhua news agency announced Wednesday. 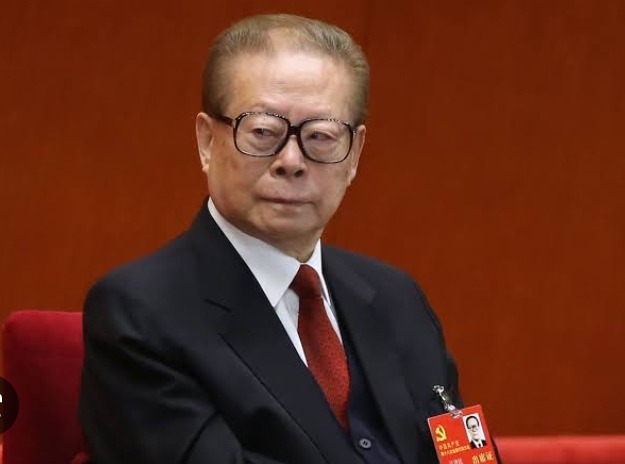 Jiang is credited for paving the way for the country’s emergence as a global superpower.

Zemin has died aged 96, according to sources, the former communist leader succumbed to leukemia and associated multiple organ failure on Wednesday 30th November, 2022 in Shanghai.

He is survived by his wife, two sons and two grandchildren. 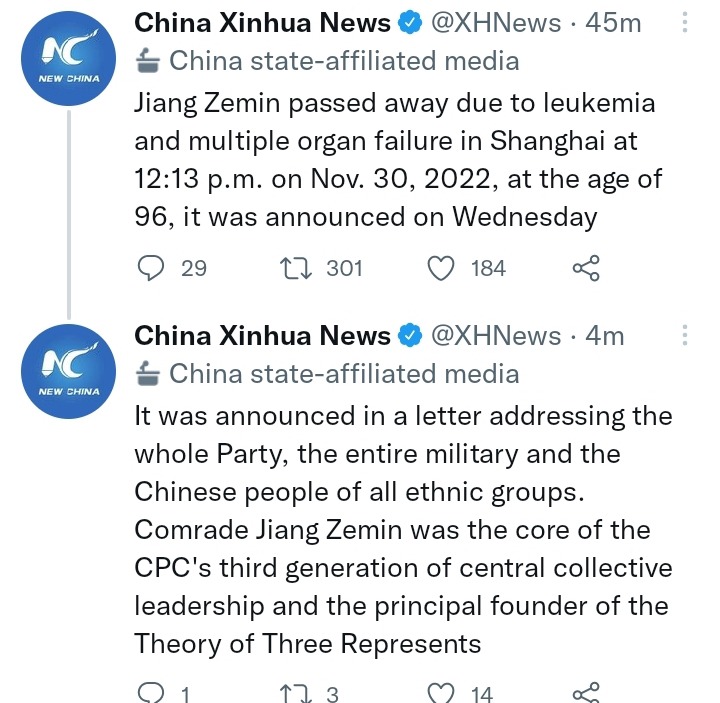 Jiang Zemin made history in China After the country was shunned by the West following the Tiananmen Square massacre.

He would successfully elevate the country to the international community by leading it to regain sovereignty over Hong Kong, winning the bid to host the 2008 Olympics in Beijing and, perhaps most importantly, joining the World Trade Organization.

His critics however claimed that his reign sowed the seeds of widespread corruption, which remains a lightning rod for massive discontent to this day. 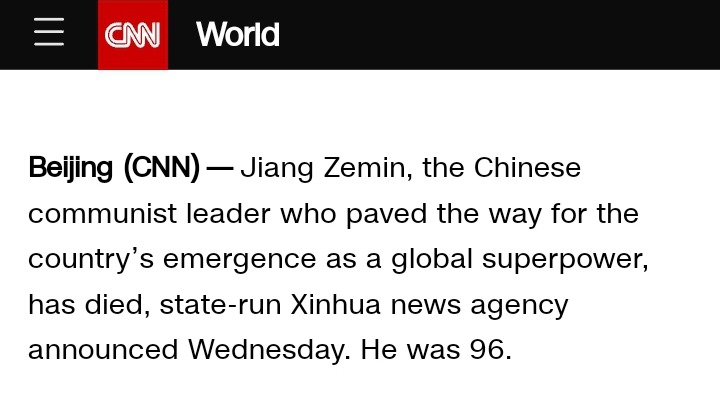