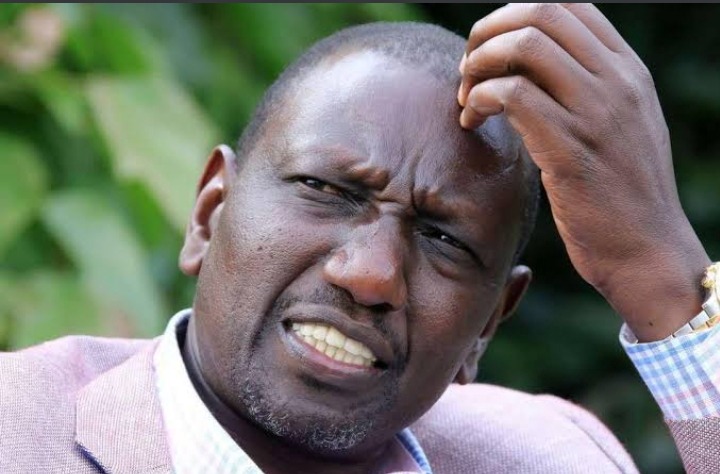 On Sunday, August 22, the notorious lawyer, who is spending his fourth year of deportation in Canada, slammed Deputy President William Ruto for allegedly equating Raila's behavior with the whole Luo population. Miguna Miguna, a five-star revolutionary general recognized for standing out for the rights of all oppressed Kenyans, has chastised Ruto and his backers for assuming that talking about Raila means talking about the Luos. Miguna believes that Ruto and his men should cease comparing Raila to prior rebels in a message posted on Twitter. Raila should not be lumped together with all Luos, says Miguna.

Miguna's assertions come after a series of attacks between Ruto's allies and Raila's allies, which are usually defined by insults directed at one another. Ruto's allies, on the other hand, are accused of smearing the entire Luo population since they believe Raila is Luo. Apart from that, Miguna also asked the deputy president to apologize for allegedly supporting the government through numerous policies that Kenyans opposed in another letter. Miguna, who views Ruto as the 'opposition leader' since his (Ruto's) relationship with Uhuru reached a snag, claims that Ruto was once a bystander to government misbehavior and that for him to be universally recognized, he must apologize. 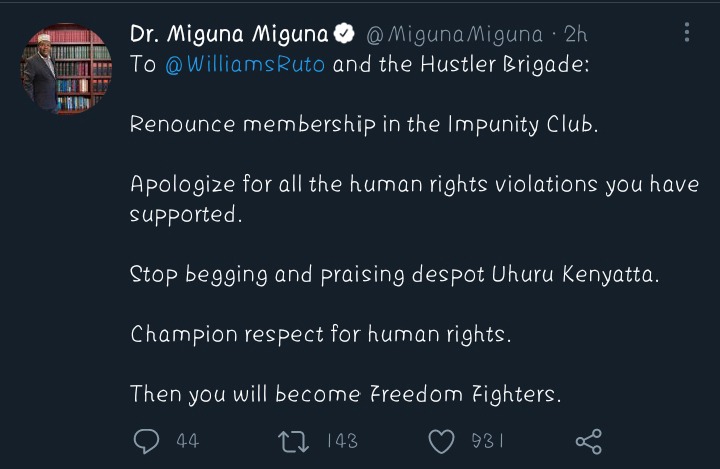