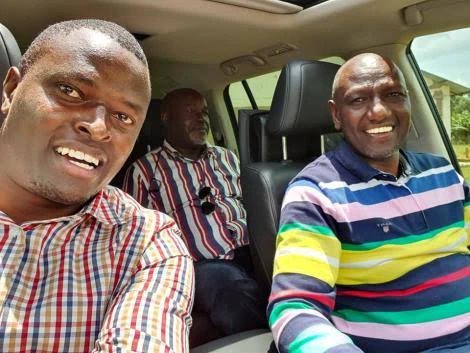 In contrast to the cabinet that Kenyatta's predecessor, Uhuru Kenyatta, put together, Ruto's choice was very political because he wanted to make his supporters happy.

However, numerous presumed presidential confidants did not make the cut. The Kiharu representative, Ndindi Nyoro, falls into this category.

He is a member of Ruto's inner circle and one of the president's most ardent supporters, having followed him from Jubilee and defended him throughout Uhuru's second time in office. When it comes to loyalty, he is much more loyal than most of the other new CSs.

Now, a State House insider explains to the nation why Ndindi was excluded. He remarked that he and the president have a friendly relationship comparable to that of brothers or father and son. Therefore, greater things await him in the future.

Mr. Nyoro may be considered for a number of positions that Ruto did not disclose, particularly in the Statehouse, he said.

"It is far too soon to speculate. A significant number of power brokers remain unnamed, particularly at State House.For instance, the State House Comptroller has not yet been selected, "a State Department official remarked.

On the other hand, ministerial positions may have more power and influence than State House positions, especially when it comes to budgetary allocations that Nyoro could use to make his supporters happy.

Several interviewees from Kiharu were slightly dissatisfied with the current state of affairs but were hopeful that Ruto would designate Ndindi Nyoro as the Principal Secretary of the Ministry of Interior and Coordination of National Government at worst.