By Dalanews (self meida writer) | 27 days

Shortly after engaging Independent Elections and Boundaries Commission officials at the training of journalists on election reporting in preparation for the 2022 General Elections members of the Kenya Editors Guild were hosted by President Uhuru Kenyatta for a candid interview at State House Nairobi on the evening of Monday 23rd August 2021.

The candid engagement was held in a very relaxed environment with President Uhuru detailing his achievements in his second term of office working without the hindrance of hostile opposition. The President referred to the policy platform on which they rode to power in the 2013 Uhuruto ticket as unifying Kenya. He wondered why when more people were brought on board ( meaning Raila) to broaden that unification his deputy Ruto found it untenable. 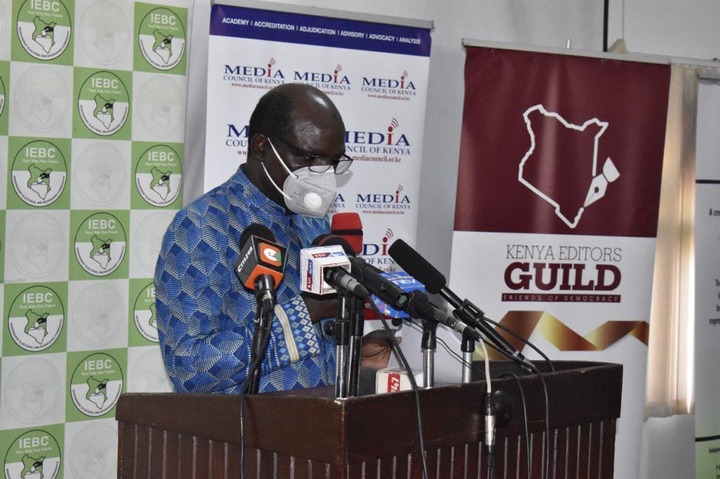 IEBC Chairman Wafula Chebukati speaking to the Editors Guild at a past function.

Referring to the Court of Appeal decision to nullify the BBI process the president said it was Kenyans who had lost and not him as a person. "People [the court] have decided to deny Kenyans what is legitimately theirs. I'm more than happy to serve out my term and finish my program".

Some of the editors during the candid interview at State House Nairobi.

Asked whether he was aware of talk to the effect that 2022 elections might be postponed, Uhuru hedgingly replied that, " I'm not aware of such talk but now that the courts have decided that IEBC is not properly constituted that's a matter I cannot comment on right now. For me I'm ready for elections anytime". 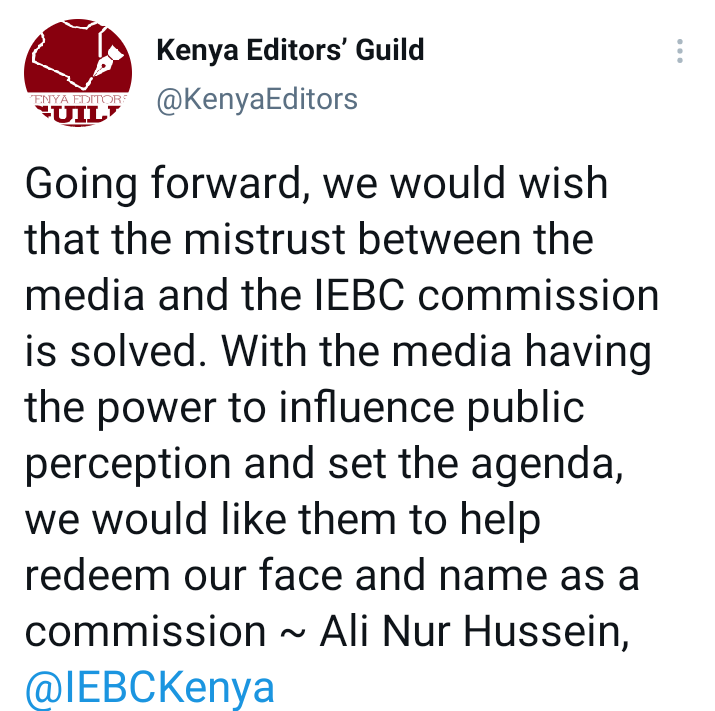 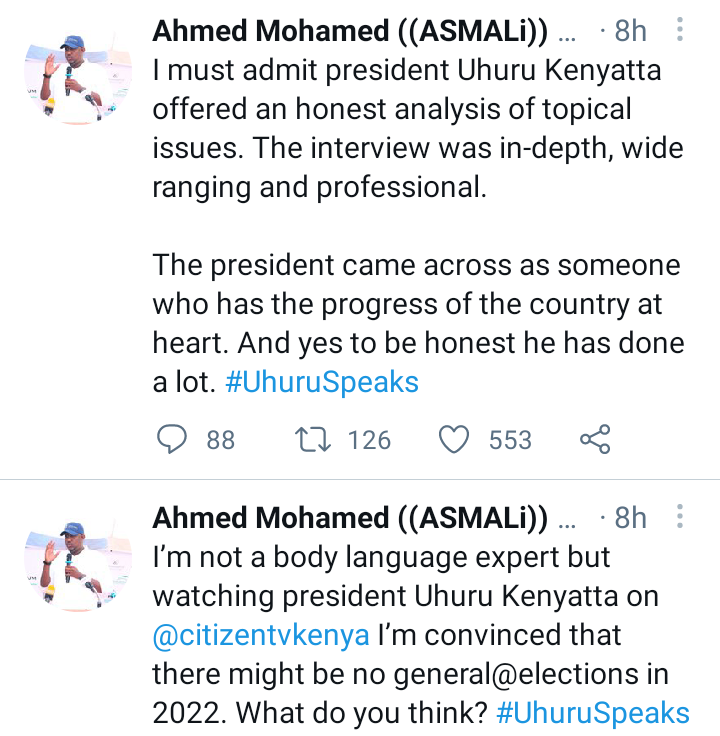 One political commentator immediately tweeted that reading president Uhuru's body language, the relaxed demeanor, and a direct challenge to his deputy to quit if he did not like the way things were going there was the likelihood of elections being postponed. 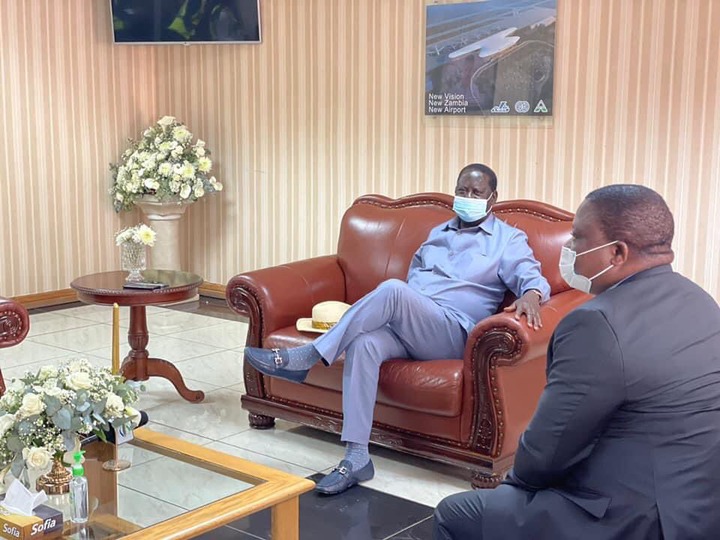 Raila is in Zambia for today's inauguration of the president-elect.

No doubt the message got home to Deputy President Dr. William Samoei Ruto  who is currently among the most astute political operatives in the Kenyan scene. Ruto has openly been running a contrary policy view from that held by his boss in the last three years. An obsequious clause in the election laws is said to protect him from sacking even when he conducts rebellion within the government. 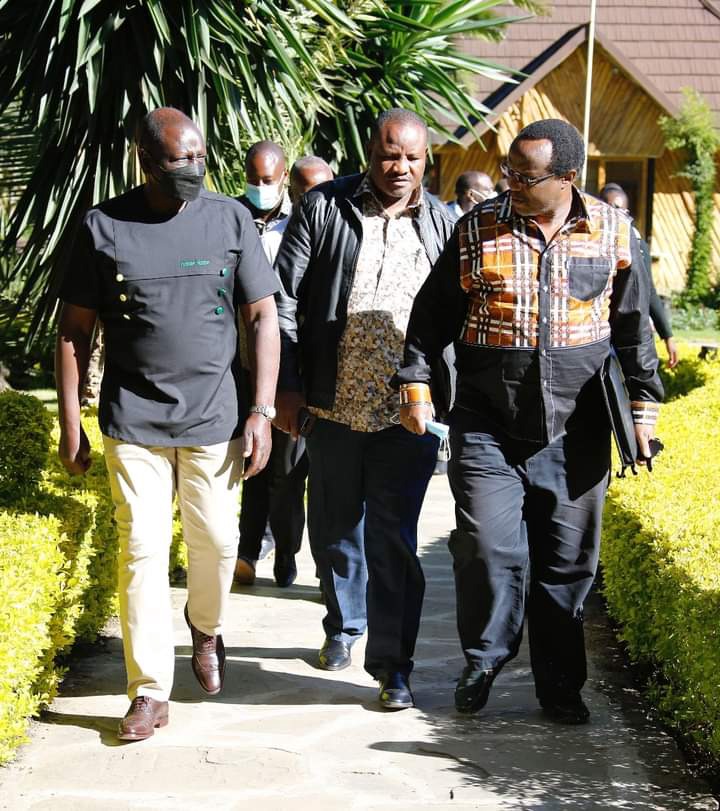 At the same time, the DP was in Naivasha espousing a certain economic model alien to government policy.

Due to his antagonistic approach, President Uhuru usurped his official roles and handed them over to Interior CS Dr. Fred Okengo Matiang'i. With no properly defined roles in government Ruto's fixation has been ascendancy to the presidency and for the past three years, he's been fully engaged on a campaign trail while taking credit for achievements of the government and disassociating himself from it when politically expedient.

From the tone of president Uhuru, Kenya's General Elections might be postponed to give time to the Independent Elections and Boundaries Commission to put its house in order. Should that happen, Dr. Ruto will lead a revolution which he has effectively been doing for the last three years. 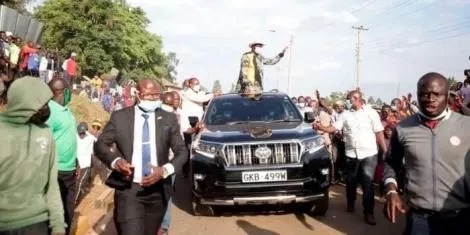 Raila Odinga has lately been enjoying presidential trappings of power as he rides in government motorcades and KDF planes.

The life of Parliament will possibly be prolonged as they debate on ratification of facets of the Constitution of Kenya Amendment Bill (2020) which can be passed without involving referendum. Raila Odinga who has already met diplomatic corps and is currently in Zambia representing the Kenya Government in State functions will continue acting presidential while the status quo is maintained in State House. It's an unsettling scenario but one that is very likely should the deputy president refuse to resign and IEBC fail to constitute a quorum in time.

PHOTOS: See The Reception DP Ruto in Was Accorded in Kajiado