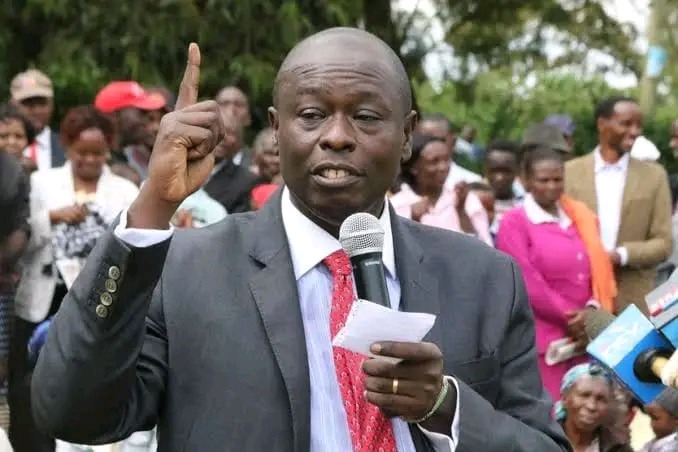 Today, the Mathira MP, Rigathi Gachagua, voiced confidence in a continued strong working relationship with DP Ruto in the event that Kenya Kwanza wins the presidency.

Gachagua pointed to the fallout between President Uhuru Kenyatta and DP Ruto, dismissing a similar assumption made by critics of the Ruto-Gachagua presidency, stating he is a steadfast leader who will only serve as a complement to his boss.

"I heard some people say that if Ruto chooses Gachagua because he is so strong, he would run into problems like he did with Uhuru Kenyatta. I am a uniformed man, and my answer is yes, sir! Rigathi will give you his complete support and loyalty since it is how he was raised: to be loyal to his boss, friends, and compatriots because that is decent manners and upbringing. When you're 57, you can't change," he said. 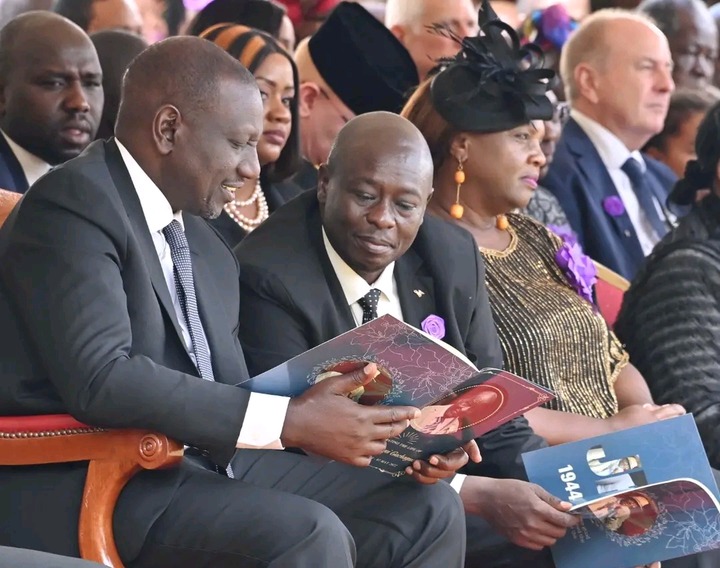 The MP went on to defend the DP as a blameless leader in the conflict with the President, arguing that the country's second-in-command could not be the source of the crisis.

"William Ruto could not have caused the squabbles between President Kenyatta and himself because he is an honest and good man who keeps his promises. You're part of this family, William Ruto, my boss and my brother; if you have difficulties in any family, it won't be this one," Gachagua added. 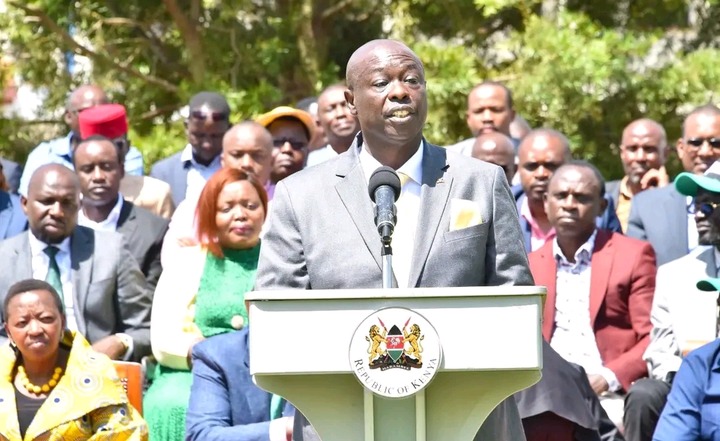 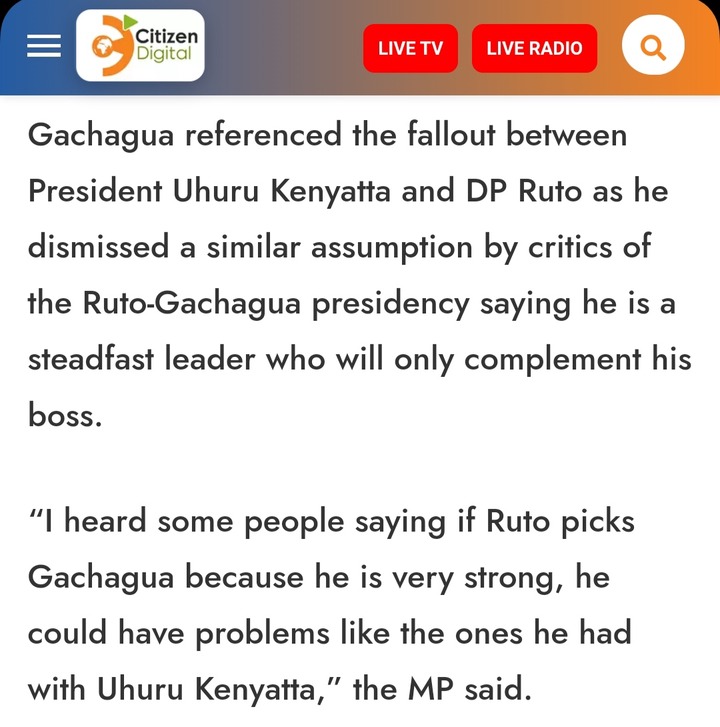