Azimio Brigade promised to defend the four commissioners of the Independent Electoral and Boundaries Commission (IEBC) against what they called a "witch hunt" in response to the petitions to remove them from their positions. 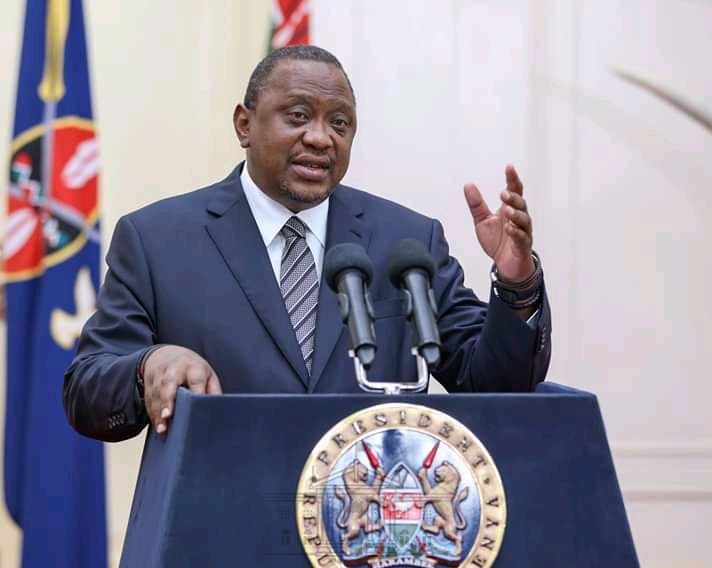 Former Kenyan leader Raila Odinga intended to make a statement by holding meetings in Nairobi, Mombasa, Kisumu, and other cities to gauge public sentiment regarding the treatment of the four.

On the other hand, the opposition Coalition postponed the rallies until a later time on Tuesday.The alliance claimed it had only delayed the protests until after the national exams in a statement read by minority leader Opiyo wandayi on Tuesday night.

But as of late, it has come to light that Raila's decision to cancel the rallies was a result of discussions with the late president Uhuru Kenyatta.

NTV reported that President William Ruto had approached Uhuru and asked him to speak with Raila in an effort to persuade him otherwise.

It's noteworthy that President William Ruto had a meeting with his predecessor on Monday while the DRC was holding peace talks in Nairobi. 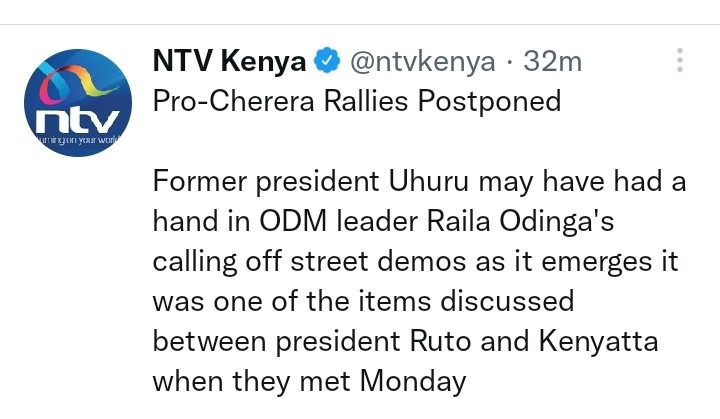