By Nashkips (self media writer) | 1 month ago Each day, political fervour increases and those on the political team are doing everything in their power to win the impending elections in August.

This time around, four contenders are running to succeed President Uhuru Kenyatta, who will step down after serving two terms as president.

Yesterday during his address at KICC, he took a swipe at his deputy that he absconded duty and his lying to Kenyans that he will do this if he ascends to power.

The deputy president who was also on his campaign trail in Tharaka niti gave a response that the president should allow the former prime minister to face off with him. 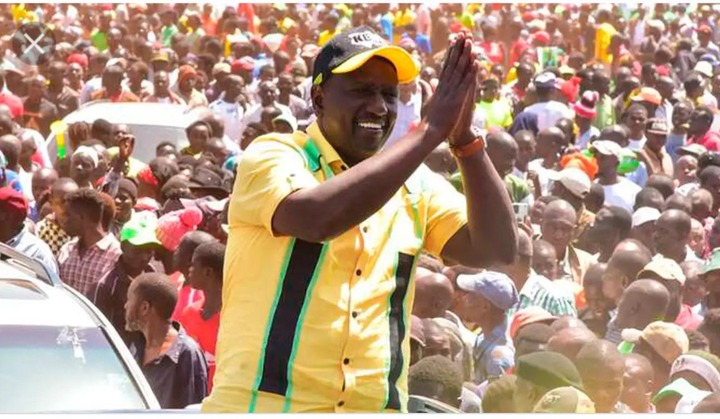 The deputy president told kenyans that during the repeat elections in 2017, Uhuru wanted to give in and he said that he wanted to slap him but it's because of respect that he didn't. 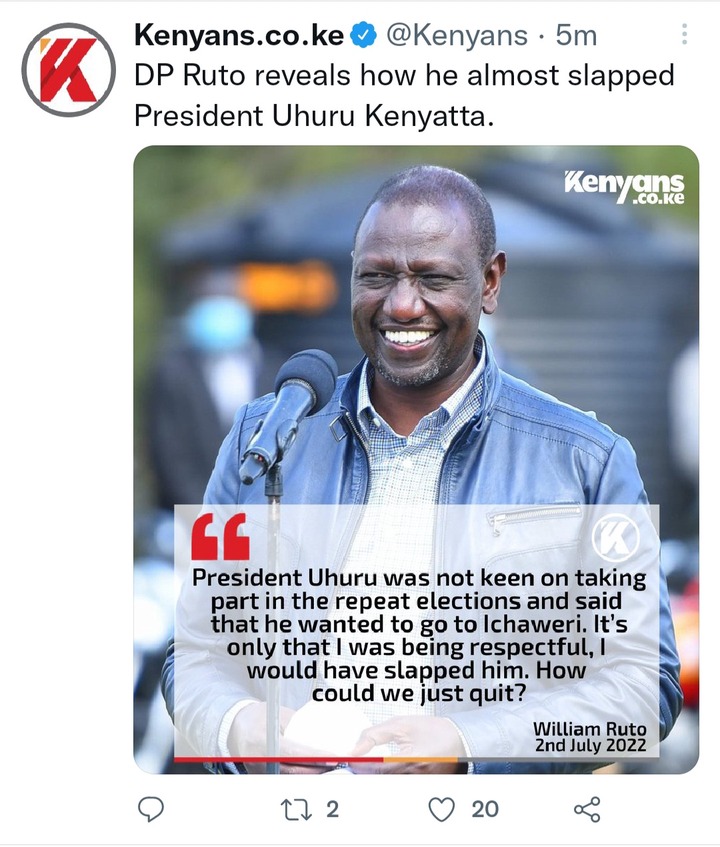 Watch the video via the following link

Content created and supplied by: Nashkips (via Opera News )

What CS Fred Matiang'i Have Done Since Ruto's Declaration