Ever since independence the central region or the GEMA community has been very instrumental when determining the president of the republic of Kenya.

As the always say " You can rent a kikuyu but you cannot buy a kikuyu," that is despite of there support and love for a given politician by evening they will be back home. 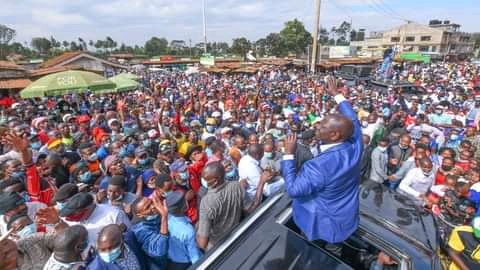 But 2022 sounds unique about the larger central region,there has been political division between Raila's supporters that is Uhuri ad the handshake team, and that of Ruto supporters. Ruto has been enjoying massive support in the region despite the trying to unite this community. 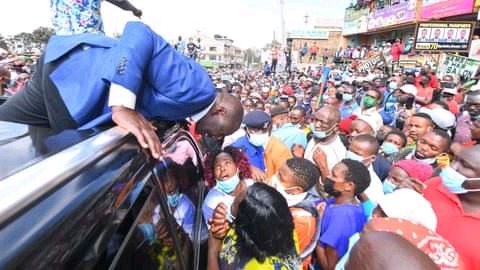 Just yesterday,Ruto was in the region and made promises them which left the ground changed " I want to announced to the people of Kiambi that the government has invested another another ksh 1.3 billion to take care of the sewage system to both here and Ruaka because we want kiambu to develop." the second in command said.

During his tour,the deputy president also received a decamped member from the TSP party,the party affiliated with the former agriculture C's Mwangi Kiunjuri. 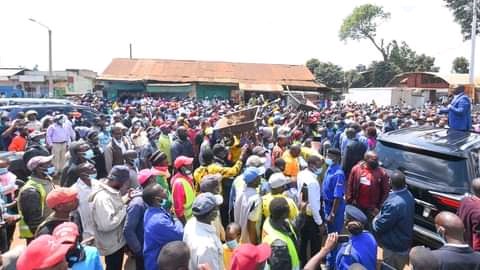 TSP organising secretary Karung'o Wa Thangwa also announced he had ditched Kiunjuri's party and would vie for the Kiambu senatarial seat on a UDA ticket the party associated with the deputy president. 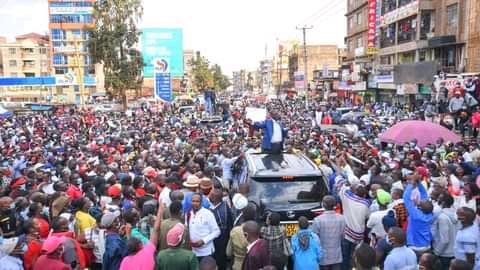