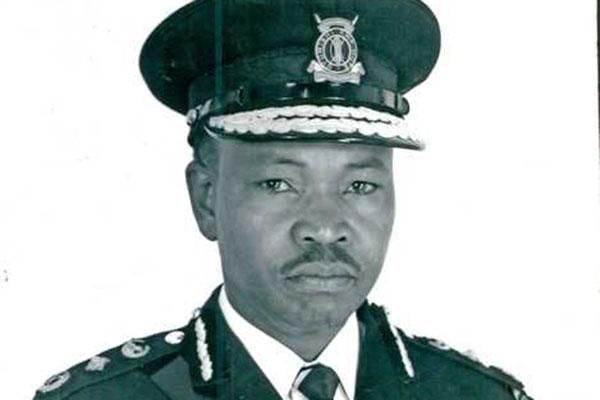 Former Police Commissioner, Ben Gethi. He was at the heart of police operations to arrest suspected masterminds of the attempted 1982 coup against President Daniel Arap Moi ( Photo Courtesy).

He rose to become one of the most powerful figures in the history of Kenya's security set up. But he would exit the police force in a cloud of controversy.

Appointed as the new police commissioner by President Daniel Arap Moi in 1978 to replace the long serving Benard Hinga, Ben Gethi suddenly became the face of the country's dreaded police service at the time.

Having served as GSU Commandant prior to his appointment as Police boss, Gethi had all the credentials for the new assignment.

But his reign would end after the attempted 1982 coup as the government of the day cracked the whip. It was Gethi's backfired interrogation of Raila Odinga that would cost him his job.

Accused of allegedly being one of the masterminds of the aborted coup, Raila had a date with Gethi and GSU Commandant at the GSU headquarters.

"Harrassed" for failing to accept his alleged role in the attempted coup, Raila angered the police boss who was allegedly drunk at the time of the interrogation.

A few days later, angry President Moi cracked the whip and fired Gethi. The former police boss would later find himself behind bars over his alleged role in the murder of Ex-charismatic Nyandarua North MP, Josiah Mwangi Kariuki.