By Reporting4MogsonTV (self meida writer) | 21 days

Politicians are preparing themselves for the general election that is expected to take place next year. They are scheming on how they will either ascend to power or retain it. Leaders such as Dr Ruto have assembled necessary resources that will play a key role in their journey to fulfill their political dream. Honourable Raila Odinga's ODM party was planning to formalize their relationship with Jubilee Party. However, this coalition may not favour Raila Odinga. The main reason is that kenyans will associate Odinga with Jubilee failures. 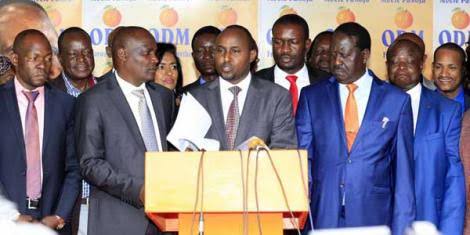 The party’s National chairman John Mbadi has refuted claims that ODM party has plans to form a coalition with the Jubilee party. Instead Mbadi said that they have a plan to revive NASA. According to him, ODM is currently initiating talks with other NASA principals. He disclosed that they are also planning reach out to Senator Gideon Moi. 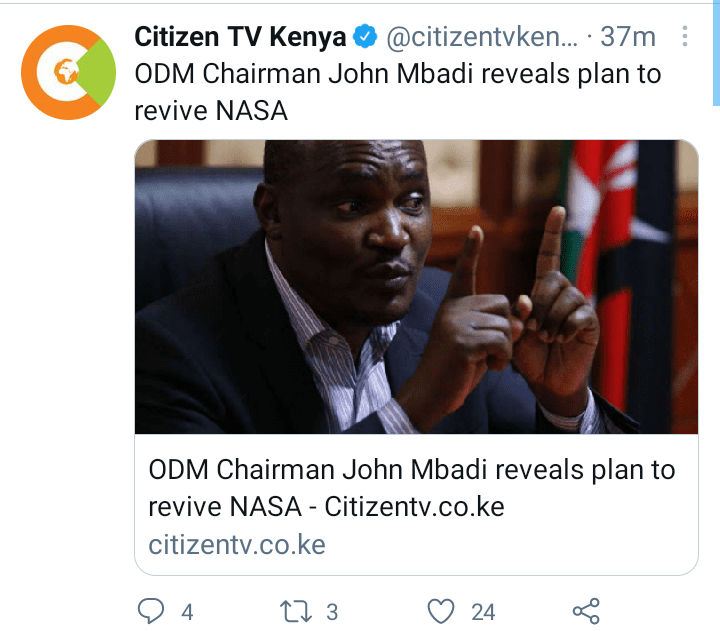 ODM Leader's revelations may leave some politicians scratching their heads. This is because some of them thought that ODM party and Jubilee Party will form a coalition and use it to attack them by associating them with Jubilee failures.

Do you think ODM party will succeed in reviving NASA before 2022 general election?

"Deep State Please Give Us The Arrest Roaster Who Is Next? Kositany Demands After Gachagua's Release