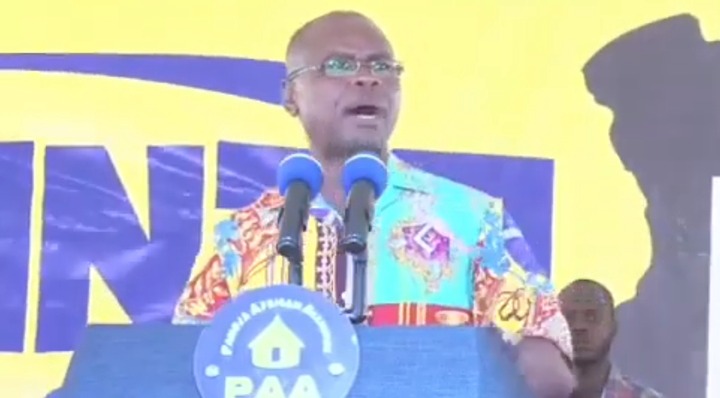 This forced Raila Odinga to tour the areas of Kilifi after details emerged that division was looming among his supporters after Kingi defected to Kenya Kwanza. Raila while touring the area promised that he will teach Kingi a lesson he will not forget in his entire life for betraying him 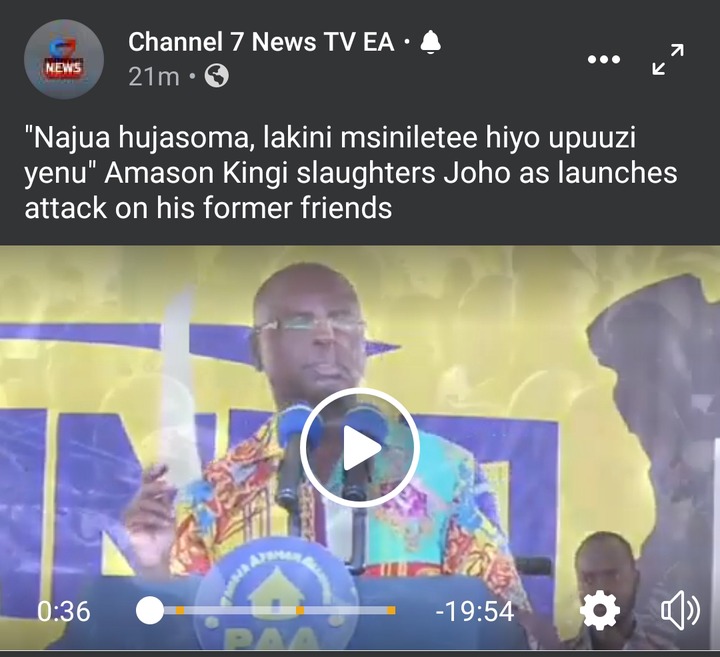 "This people who are coming here to tell us about the history of Kenya are wasting our time beacuse it won't put food on the table. We Will give each member of county Assembly to see what's written inside this document to stop this allegations going on power sharing agreement between PAA and Kenya Kwanza. I know that Joho is not well educated but I will not allow them mislead the people of coast with propaganda and fake allegations. Instead if telling you people their agendas they are busy mocking Kenya Kwanza Alliance. Let me make it clearly that Raila is not fit to lead this country, hence you should not make the mistake you will regret after august polls" Amason Kingi sad. Here is the source link: https://fb.watch/c_hvzrIpWR/