A day after William Ruto was declared by IEBC chairman Wafula Chebukati the president elect, Azimio came out and rejected the results. Led by their flag bearer Raila Odinga, they announced that they will be seeking justice in court. That the results that Chebukati announced were null and void. 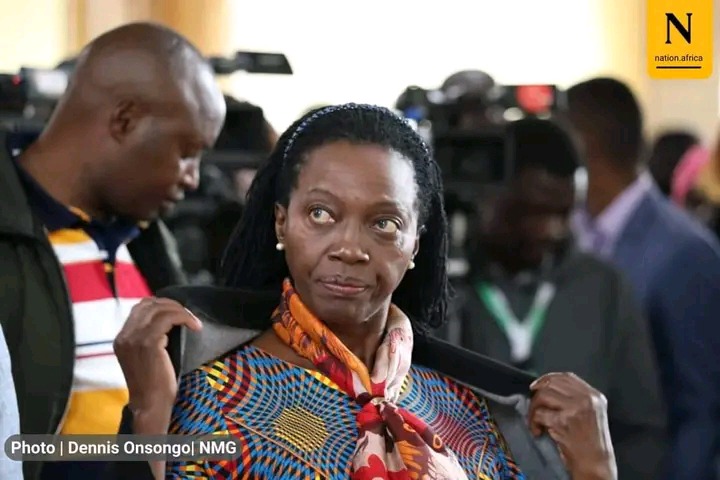 Today, Raila's running mate Martha Karua has revealed what Azimio will do if the court of appeal will rule against them. According to her, they must get justice and whatever the court decides will be final. That even if they disagree with the final verdict, they will accept it. That Kenyans decided but the courts will decide whether the results were cooked or not 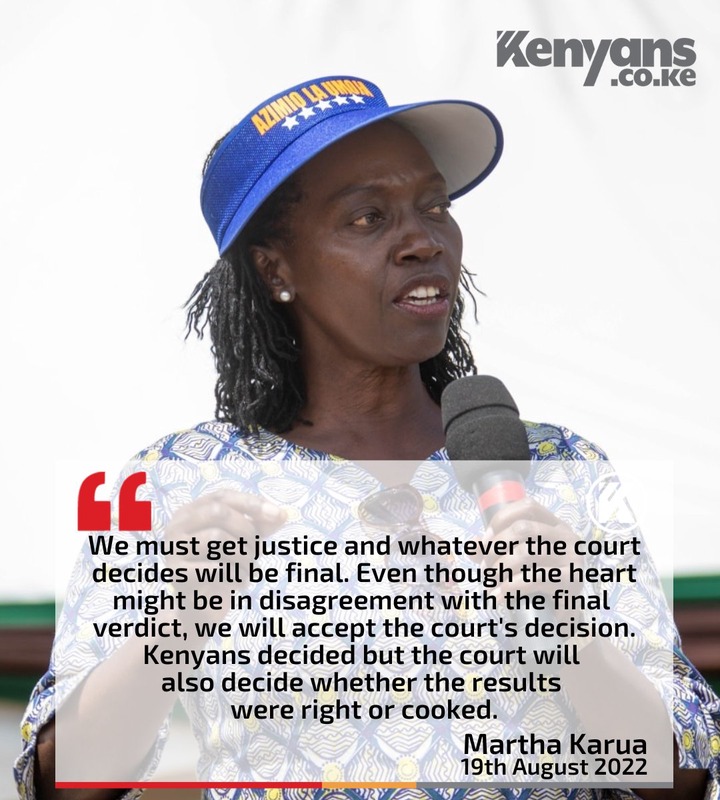 It should be noted that until the time if this publication, the Azimio team had not yet filed a petition in court. However, they have not yet crossed the deadline. They said that they will present their evidence to the judges.