Musalia Reveals What Uhuru Told Him About Raila Retiring In August, Sends Message to Raila

By Championes (self media writer) | 1 month ago 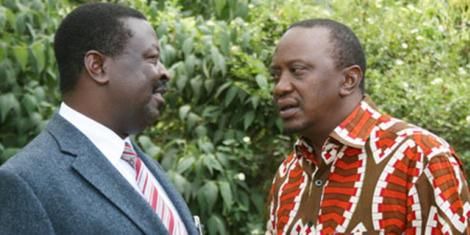 The leader of the Amani National Congress (ANC), Musalia Mudavadi, has ruled out Raila Odinga, the presidential candidate of the Azimio la Umoja party, winning the August presidential elections.

Mudavadi told UDA supporters in Kabarnet, Baringo County, on Sunday that Kenya Kwanza supporters are largely anchored in the Mt. Kenya , where the majority of votes are thought to

According to Mudavadi, Raila has no prospect of gaining enough votes in the region and should withdraw from the statehouse elections.

Musalia also revealed that President Uhuru Kenyatta assured Mudavadi that they will resign along with Raila Odinga after the August elections. 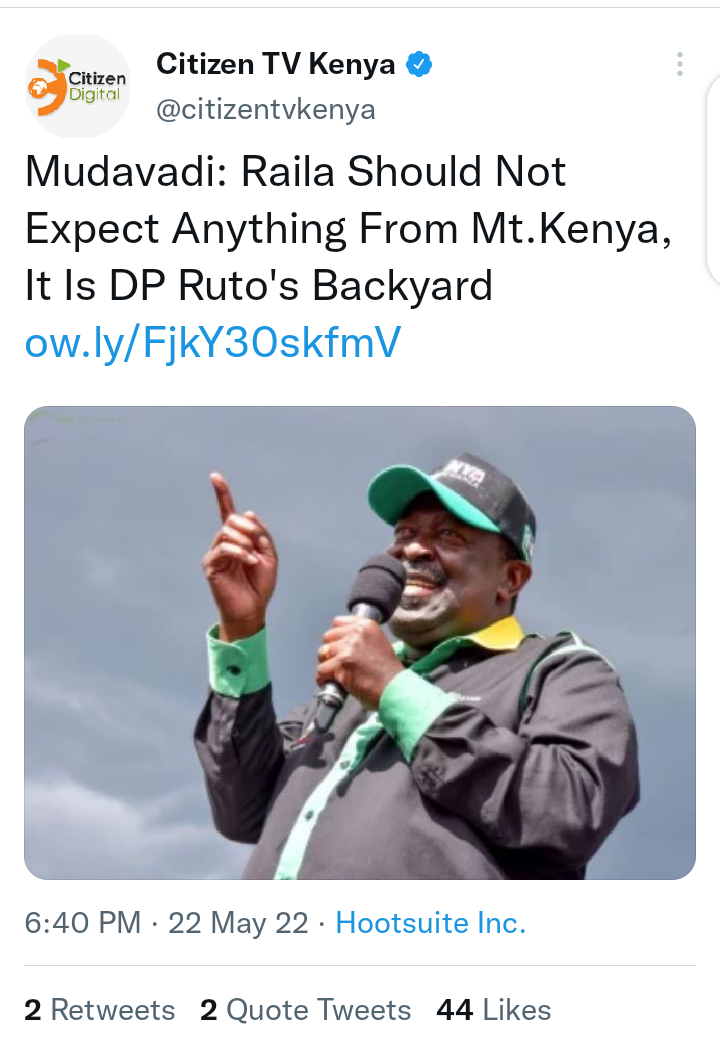 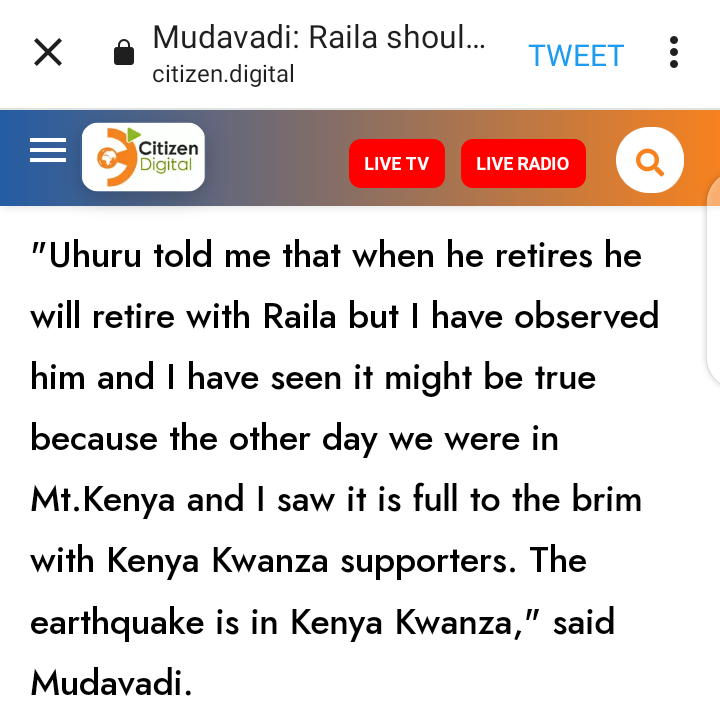 Mudavadi criticized the Azimio la Umoja group, referring to it as a "political slaughterhouse," and accused them of stopping Wiper leader Kalonzo Musyoka from quitting the coalition after Musyoka announced that he was defecting from the alliance.

"Because Kalonzo has entered there, he is told that he now has no democratic freedom to seek his own way out," Mudavadi said.

"Now look, my brother Kalonzo has been left stranded in Azimio. He is being informed that he has already put his signature and he can't go," he added.