BREAKING: The First Batch of The Ballot Papers to Arrive in Kenya Today

Just yesterday, the Former Prime Minister and Presidential Candidate for the Azimio la Umoja One Kenya Alliance raised issue with IEBC saying that the manual register must be used hand in hand with the electronic one otherwise he will boycott the elections.

The Independent Electoral and Boundaries Commision on the other hand has responded by saying that they are not directed by an individual or entity and are only answerable to the constitution.

The issue of printing of the ballot papers has also been a thorn in the flesh of the presidential aspirants who are running for the top seat in the country.

Kenya Kwanza Alliance's Moses Wetangula has been caught up in the murk involving the printing of the ballot papers with Azimio la Umoja pointing an accusing finger at him.

This morning, according to reliable reports from the Independent Electoral and Boundaries Commision Chairman Wafula Chebukati, printing of the ballot papers is well underway and so far there has been no glitch.

The Chairman of IEBC who is also the National Returning Officer during a presser this morning, has said that the first batch of the ballot papers to be used in the next General Elections have been printed.

He said that the papers are on their way to Kenya and are expected in the country any time from now as per the reports from the presser that IEBC is holding this morning in Nairobi. 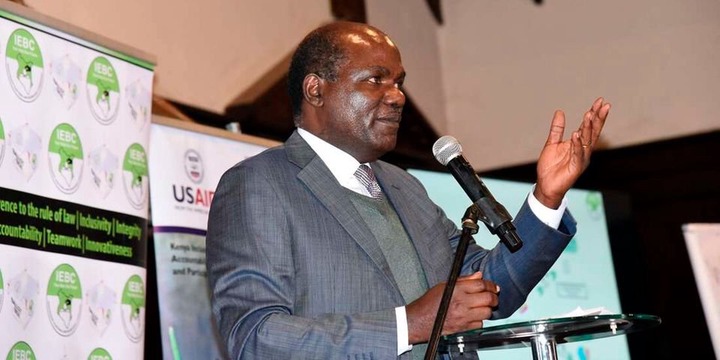 7 Simple ways to reduce stress and be happy

11 Questions That Will Help You Know If You Are Ready To Lead A Team:

MoH Message To All Unvaccinated Kenyans