By Junejune (self media writer) | 3 months ago 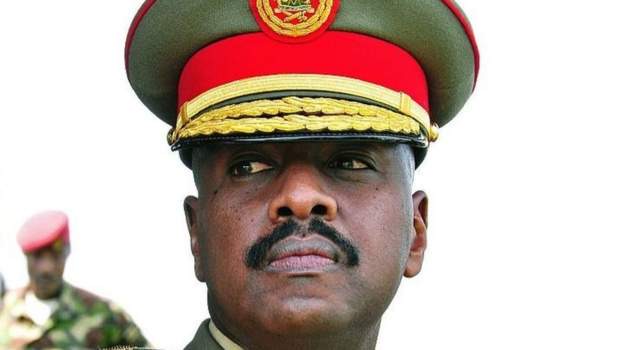 Muhoozi Kainerugaba, son of Ugandan President Yoweri Museveni, has been elevated to the rank of general.

According to regional media outlets, Kayanja Muhanga has taken Muhoozi's place as the commander of the Ugandan field troops.

Muhanga was elevated to the rank of Lieutenant General prior to being named commander of the land forces.

In the modifications, Kayanja Muhanga was elevated to the rank of Lt Gen and given command of the land forces.

The Army spokeswoman claimed he has not yet received the communication, though. 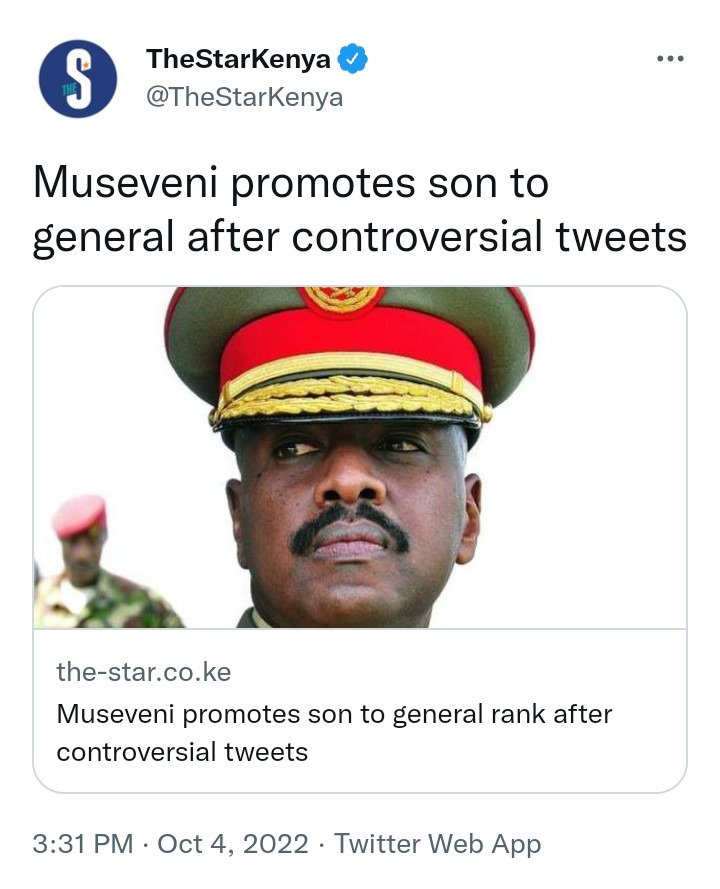 In a previous tweet, Muhoozi stated that he had a conversation with his father about the conflict his irate tweets had sparked and that an announcement regarding modifications would be made later.

"I had a fruitful conversation this morning with my terrific father. Evidently, my tweets incited too much fear in Kenyans? He will make the modifications known. I will offer a particular prayer for our military "said he.