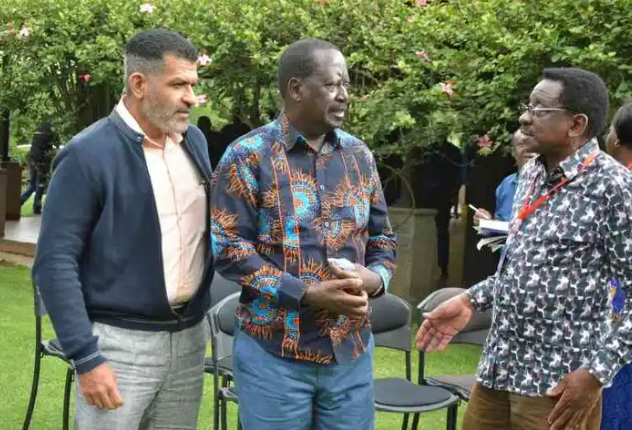 Political analyst Peter Bonge has predicted that Raila Odinga, the leader of the ODM, may not run for president again in 2027.

This has been the assessment among numerous savants, who contend that Raila's most recent loss, which came in August, denoted the of his official aspirations.

The commentator makes the case and is of the opinion that the former Prime Minister will ultimately support someone else this time around.

According to Mr. Bonge, there is no doubt that Raila will back Wiper leader Kalonzo Musyoka, who has backed three of his candidacies. 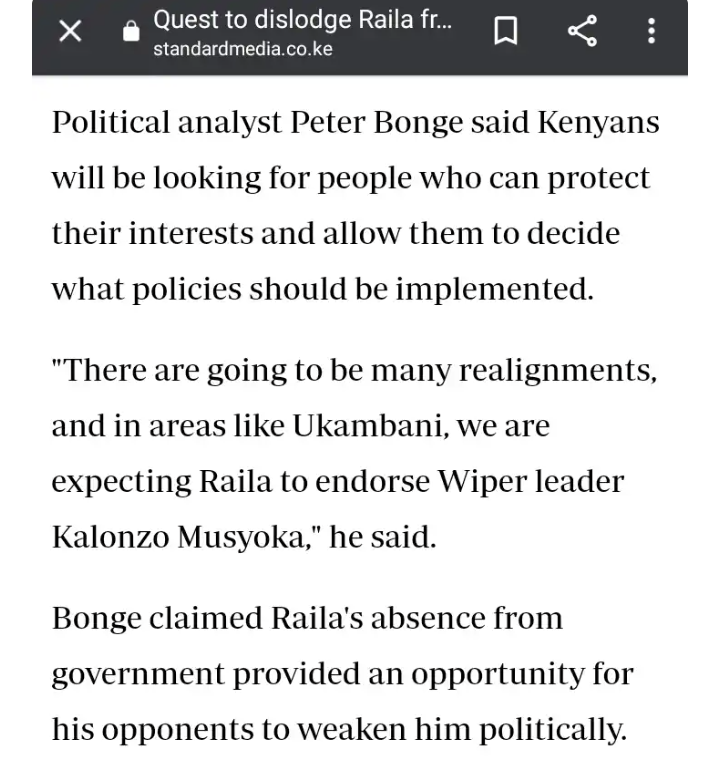 He suggests that this could follow a departure of allies and supporters from Raila, who has nothing left to offer since rejoining the opposition.

The commentator stated to The Standard on Saturday, "There are going to be many realignments, and in areas like Ukambani, we are expecting Raila to endorse Wiper leader Kalonzo Musyoka."

However, his observation comes at a time when Raila's continued involvement in political affairs suggests that he is not planning to step out of politics.

The former Prime Minister has been seen pretending to be the opposition leader and saying that he will not allow President William Ruto to rule without being caught.

In the 2027 election, whoever the opposition chooses to represent it will most likely have to compete with Ruto, who may try to run for a second term.