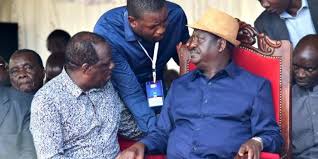 Initially, Azimio la Umoja One Kenya Coalition was serious about implementing a contentious plan to filter out weak candidates through national surveys to gain a majority of seats in Parliament in the August 9 elections.

Candidates pledged not to back down and vigorously oppose the Azimio la Umoja zoning proposal.

Embakasi North and Makadara are two of the impacted sub-counties.

Mark Ndung'u, the Jubilee Makadara candidate, has promised not to withdraw in support of Makadara MP George Aladwa. 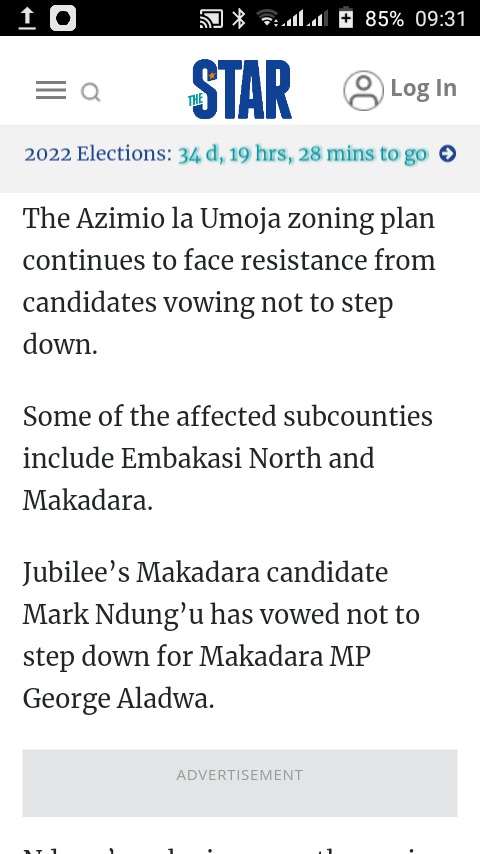 Ndung'u, who is presently the Hamza MCA, has criticized the idea, claiming that it favours ODM above other affiliate parties.

He said that existing MPs and high-ranking coalition members are plotting to exclude first-time candidates for certain seats.

"They realize the terrain is no longer in their favour, and they are seeking consolation via zoning, but they have no chance of winning," Ndungu explained.

Jane Muringi, the ODM candidate for Embakasi North, has stated that she is still running to replace James Gakuya.

She denied claims that she had resigned in favour of Jubilee's Harrison Wangoro. 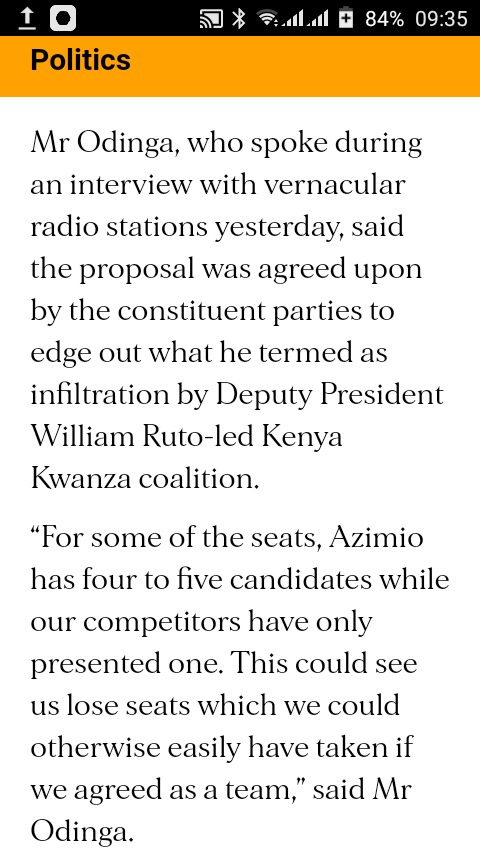 Raila Odinga, the Azimio presidential candidate, has stated that no candidate will be compelled to withdraw from the election but has warned that sibling rivalry might cost the alliance some seats.

"This is optional, and those who do not choose to withdraw may run in the General Election," he stated.

He stated that the plan is designed to boost support for Azimio candidates and guarantee they capture a majority of seats at the county and national levels.

"As a coalition of 24 parties, we recognize that having numerous candidates compete for the same seat might cost us in places where we have over 70% support," he stated.

According to the arrangement, Jubilee and Narc Kenya would field candidates in Central Kenya, while ODM, Jubilee, and Wiper have agreed to split seats in Nairobi, among other places.