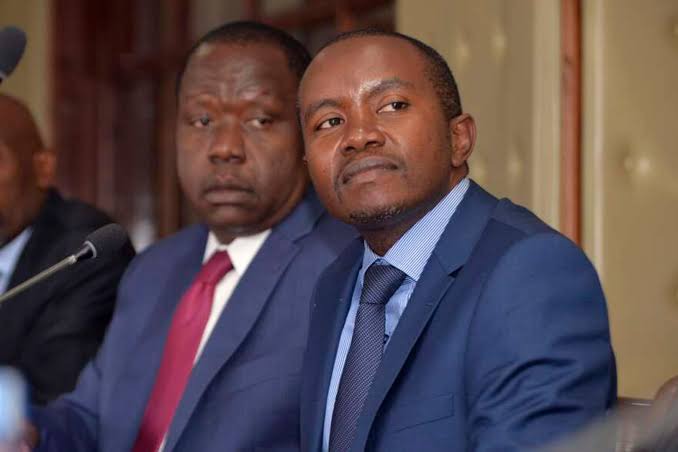 Information Communication and Technology Cabinet Secretary Joe Mucheru campaigned for the Azimio La Umoja One Kenya coalition and its presidential candidate Raila Odinga during a football match at Ihururu stadium in Central Kenya.

The cabinet secretary took the opportunity to respond to the Kenya Kwanza Alliance's claims that he was planning to rig the elections in favour of Raila Odinga. He noted that the Deputy President William Ruto led team was only paranoid and sensed defeat in the August polls reiterating that he has no intention of stealing votes for the ODM leader.

Instead, Mr Mucheru revealed, he will protect Raila's votes because he is in the Azimio La Umoja One Kenya coalition which houses Jubilee, the party he supports.

"There are people who are uncomfortable with me and are pushing that I resign from my post. They should take note that we have no intention of rigging the election but protecting our votes. We are in Jubilee and the Jubilee party is in Azimio La Umoja coalition," he said as quoted by the Standard.

UDA had sent a letter to the Independent Electoral and Boundaries Commission, IEBC protesting public officers taking sides in political matters instead of remaining impartial for the sake of fairness. They had recommended that Joe Mucheru, Fred Matiang'i and Karanja Kibicho take a backseat in politics or resign from their positions altogether.

However, the Uhuru cabinet has put up a fight with Mucheru dismissing Kenya Kwanza and asking the DP why he tolerated government officials campaigning for him in 2017 and not now.

Oburu And Orengo Forced To Apologize In Siaya Over ODM Nominations