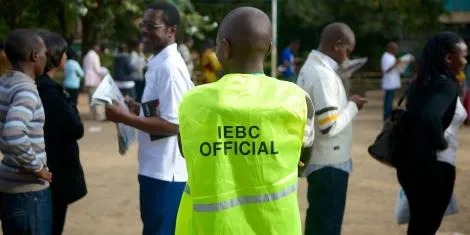 The Independent Electoral and Boundaries Commission (IEBC) has announced the postponement of elections in Eldas constituency in Wajir county after gunmen attacked the county tally centre.

Speaking on Tuesday, August 9, IEBC vice chair Juliana Cherera noted that IEBC officials were trapped at the tallying centre for hours forcing the Commission to call off the exercise.

She noted that the exercise would resume once the security situation had been addressed in the area.

In Turkana, the polls were postponed after a minor accident involving IEBC staff members charged with the responsibility of overseeing the polls.

The injured were rushed to hospital for treatment as the Commission addresses the situation.

In Dabaab, security issue delayed the opening of the polling stations, with IEBC noting that voting hours would be extended to allow the electorate cast their ballot.

"The commission is in consultation with security to address the issues raised," she assured the affected voters.

The electoral commission also announced the suspension of parliamentary elections in Kitui Central and Rongai over unavailability and photo mix-up in ballot papers at the two constituencies.

Cherera also disclosed that the commission had deployed ICT officers to address the Kenya Integrated Elections Management Systems (Kiems) kits hitches in some parts of the country.

The IEBC vice chair further explained that the commission had allowed the use the manual register in Makueni, in Kibwezi West constitunecy for 84 polling stations.

In Kakamega county, IEBC resolved to use the manual register in Malava, Matungu, Mumias West and Mumias East constituencies.

Wilson Sossion Proud To Be Part Of The Teachers Struggles, Says TSC Is The Best

Oburu Odinga Over The Moon as Daughter Graduates From Bible College

School Girls and Boys Who Turned Rental House Into Sex Den Arrested, they were Caught During Holiday

Meet the Handsome Sons of Some Prominent Kenyan Politicians (Photos)