5 Facts About Kamala Harris and Her Faith 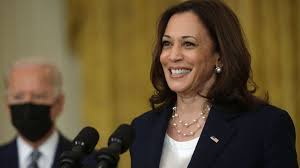 Kamala Harris made history when Joe Biden nominated her to be his running mate. When the Biden-Harris team won the election on November 3, 2020, Harris became a first in many areas.

When the 55-year-old California senator became the Vice President-elect she became the first woman, the first Black person, and the first Indian-American person to be elected vice president of the United States. She became the first to have a combination of Hindu heritage, Black Baptist faith, a Jewish husband, and a Roman Catholic boss.

When Kamala Harris was sworn in along with Joe Biden on January 20, 2021, she was the first to bring more exposure to world religions than any other top leader has done before her.

Harris' mother, Shyamala Gopalan, was an immigrant from Chennai, India. As a child, Kamala learned about Hinduism from her mother who took her to Hindu temples.

Her name, Kamala, means “lotus” in Sanskrit and is another name for Lakshmi, the Hindu goddess of power, fortune, luxury, beauty, success, fulfillment, and contentment. The goddess is pictured with her arms raised to bless and to grant wishes.

Harris' father, Donald Harris, was a Black Baptist from Jamaica and a Stanford University professor emeritus of economics. She lived with her mother and grew up in Oakland and Berkeley, California where she attended predominantly Black churches.

Kamala and her sister Maya often went with their downstairs neighbor, Regina Shelton, to Oakland’s 23rd Avenue Church of God where they learned to love Bible teachings and sing in the choir. Because of that exposure as a young child, Harris now considers herself a 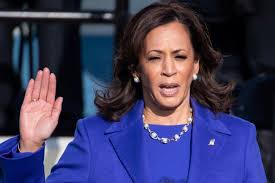 The Vice President-Elect is a member of the Third Baptist Church of San Francisco, a congregation that is part of the American Baptist Churches USA. Brown, the longtime pastor of the church and civil rights leader, shared that Harris has attended for years and she embodies James 2:26 which says, “faith without works is dead.” Her pastor added that Kamala is just what America needs because she is "a person of character, courage, compassion, and critical thinking.”

Even though Kamala is married to a Jewish man, she has not converted to Judaism herself. When speaking about her faith, she revealed that her faith is reflected in the Jewish traditions and celebrations she shares with her husband, Douglas Emhoff.

She met the Los Angeles lawyer on a blind date set up by her friend in San Francisco. Harris is a stepmother and very close to her husband's two adult children, Cole and Ella, from his previous marriage. During her acceptance speech, Harris said of all the titles she has, that one is the most precious to her.

Kamala is part of a blended and well-knitted family. She says she and Doug's ex-wife, Kerstin, are dear friends.

Kamala Harris is not a Catholic, but her 78-year-old boss is a Roman Catholic. She and Biden work well together because they are people of faith. Harris will be the first person in the room for leadership meetings with Biden, and she will be the last person to leave the room. Therefore, it is major that the two of them are on the same page when it comes to faith.

During the vice-presidential debate, Harris said, “Joe Biden and I are both people of faith.” Later she said, they are committed to working with faith leaders, congregations, and faith-based organizations to strengthen what they are already doing for their communities.

What Harris Said About Her Faith

Kamala Harris speaks openly about her faith and often says her faith is what she lives by. In an email interview with Religion News Service, as well as in her memoir, The Truths We Hold, Harris says that she has learned that faith is a verb and she believes people should live by faith and show their faith in action.

In the interview facilitated by the Biden-Harris faith director, Josh Dickson, Harris talked about her Baptist upbringing and how her faith has influenced her personally, professionally, and politically. For example, in her acceptance speech at the Democratic National Convention on August 19, 2020, she quoted her favorite Bible verse found in Second Corinthians 5:6, "We walk by faith and not by sight."

Harris said she is grounded and rooted in her faith that will enable her to help others in her leadership position. She admits that she has personal conversations with God where she prays for strength and protection to make good decisions.

As you can see, Kamala Harris was raised in a multi-faith family and her upbringing prepared her to be a woman of faith. She has been exposed to and embraces many religions that will help her as Vice President of the United States.

From all of her traditions and teachings, Harris says she has learned that faith is not only something we express in church and during prayerful reflection but also in the way we live our lives, do our work and pursue our respective callings.