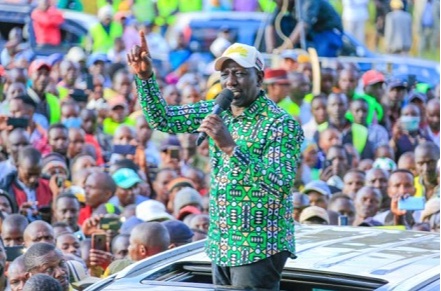 After his rally in Jacaranda, Nairobi was marred with chaos, Deputy President William Ruto will storm ODM leader Raila Odinga's Nairobi bases on Tuesday, January 18 as he ramps up campaigning for his presidential bid.

The second in command has recently increased his vote-counting efforts in Nairobi, where there are over three million registered voters.

The DP rescheduled his city rally, which would have taken him to Kibra and Lang'ata, on Monday.

According to a program distributed to newsrooms last week, Ruto planned to camp in Nairobi's westside as part of a six-day campaign blitz in the capital.

However, it was unclear whether the rescheduling was related to the chaos that nearly disrupted Ruto's Jacaranda rally on Sunday.

According to Tangatanga sources, the DP took a break to review his campaigns and will return to the campaign trail on Tuesday.

Nixon Korir, MP for Lang'ata, stated that the hustler team will be combing the westside constituencies. 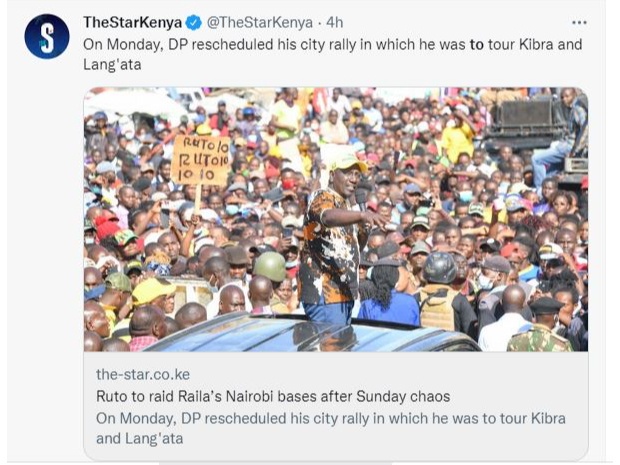 The DP quickly linked Raila to the Jacaranda debacle, claiming the ODM boss has a history of using violence to gain power.

"We are aware of your track record. We are aware of those who spread violence. We all know people who can't accept the results of any election. We know the characters who constantly swear themselves in," Ruto charged at Raila.

On Tuesday, the UDA accused Raila of orchestrating the chaos and demanded that the Interior Ministry bring the perpetrators of Sunday's incident to justice.

"It is now clear that Raila Odinga wants the election and political discourse to be conducted on his terms: centred on violence, conflict, confrontation, and threat, with a heavy reliance on government protection," the UDA said in a statement.

"We take this opportunity to rebuke Odinga and ask him not to terrorize this country while hiding behind the handshake and state protection."

However, Raila denied any involvement in the Jacaranda chaos on Sunday, accusing the DP of instigating the violence in order to lay the groundwork for targeted attacks on people in his Rift Valley backyard.

"Ruto is simply laying the groundwork for the removal of Madoadoa from the Rift Valley and, if necessary, the outbreak of a Rift Valley war," Raila said in a statement. 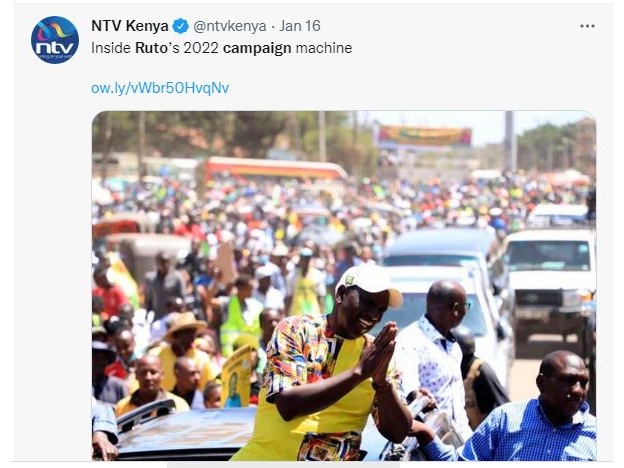 The opposition leader blamed the DP for his problems, claiming that people were paid to attend his Jacaranda rally, which was enough to cause the chaos that occurred on Sunday.

"It's also worth noting that the Jacaranda rally today was paid for by the youths. Either Ruto ran out of money or the people he entrusted with the funds failed to pay all of the youths," he continued.

Raila claimed that the DP has used violence as a means of gaining power since the dawn of time.

Raila further hit out at the DP saying that he is determined to stir a class war.

According to the former prime minister, the best way to empower the poor is to provide opportunities rather than to fight the wealthy.

"There will always be rich and poor in an economy," Raila explained, "but you don't deprive the rich to give to the poor."

"However, what this one (Ruto) is doing is purely agitating for class war," he continued.

The DP has insisted that the country is ready for a radical shift in economic management, claiming that the bottom-up approach is the best way to empower the poor. He has slammed the current system, which he describes as a "trickle-down" economic model that has enriched only a few Kenyans, according to him. 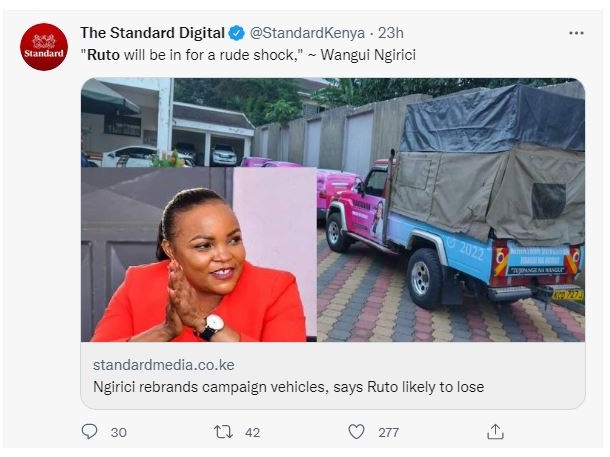 According to the ODM leader, the Azimio La Umoja government will provide opportunities for the poor to create wealth and broaden the middle-income bracket.

"The Azimio journey continues to bring Kenyans together and unite the country," he said.

After a meeting with nearly 30 governors who support his Azimio La Umoja movement, the ex-PM spoke in Naivasha on Monday.

He stated that his administration will work to strengthen devolution and promote the creation of industries in each sub-county.

"To spur the country's industrialisation, we will have one sub-county, one industry, and one product," he said.

Raila asked governors to lead the ongoing mass voter registration in their respective regions, which began on Monday.

"Today is a critical day because voter registration has begun; let us go down there and mobilize our young people to register to vote in the most important election in our country's history," he said. 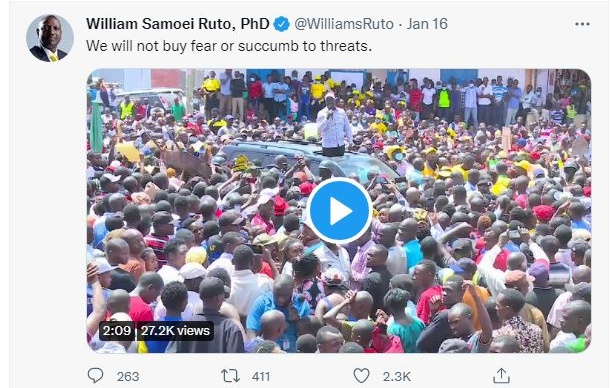 Raila and the county bosses met for the first time in Naivasha, as he seeks to give them a bigger role in the grassroots management of his presidential campaigns.

Ruto is expected to continue his tour of Nairobi County, but he retreated on Monday to re-evaluate his strategy.

The second-in-command is planning a tour of the Dagoretti, Lang'ata, and Kibra sub-counties to drum up support for his presidential bid in 2022.

Ruto was in Embakasi South on Sunday for a church service at the Presbyterian Church of East Africa (P.C.E.A) Neema Parish-Pipeline.

He then spoke to residents of Pipeline and Kware before concluding with a massive rally at Jacaranda grounds, which was marred by chaos brought on by rowdy youths.