By Soccer,AthletesNews.com (self media writer) | 2 months ago 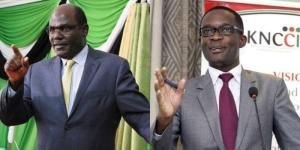 Independent Electoral and Boundaries Commission (IEBC) Chairperson Wafula Chebukati has finally broken his silence on the appointment of Ezra Chiloba at the helm of the Communications Authority of Kenya (CAK).

Addressing members of the press on Friday, October 1, Chebukati stated that he was taken by surprise on Chiloba's appointment as the Director-General of the agency.

He told the members of the press that he had no prior knowledge that Chiloba was set to land the lucrative government job but only heard of it through media publications.

However, he extended an olive branch following their earlier fallout maintaining that the commission is ready to collaborate with him to ensure that the 2022 general election is a success.

"The circumstances under which he left are in the public domain and as a commission, we have also read in the papers like you that he was competitively recruited and all I can say is that we wish him well in his new assignment," Chebukati stated.

Chiloba was once at the forefront of IEBC as the Chief Executive Officer (CEO) however, he was suspended by chair Chebukati in July 2020 over unspecified procurement issues.

In October 2017, The Ex-CEO bowed to pressure and took a three-week break during the repeat presidential elections.

He had been under tremendous pressure from the National Super Alliance (NASA) to resign, with Raila Odinga calling for street protests to force him and other officials out of office.

Raila and other NASA leaders accused them of mismanaging the August 8, 2017 elections that would be nullified by the Supreme Court.

The suspension from IEBC exposed the frosty relationship with Chebukati which culminated into a court case.Unfortunately, Chiloba lost but their paths have crossed again.

Chiloba will play a crucial role in the 2022 General Election. His main role will be to ensure that all polling stations are connected to a 3G or 4G network to guarantee election results are transmitted.

This is a clear indication that Chiloba and Chebukati will have to work together despite not having publicly settled their differences.

This comes just days after Chiloba issued his statement on what he aspires to achieve in his new role.

"I aspire to build a regulatory that is responsive to the challenges and opportunities that the 21st century brings forth, given the ever-changing ICT space," he stated.

"The idea is that Kenya is at the forefront of the fourth industrial revolution.” 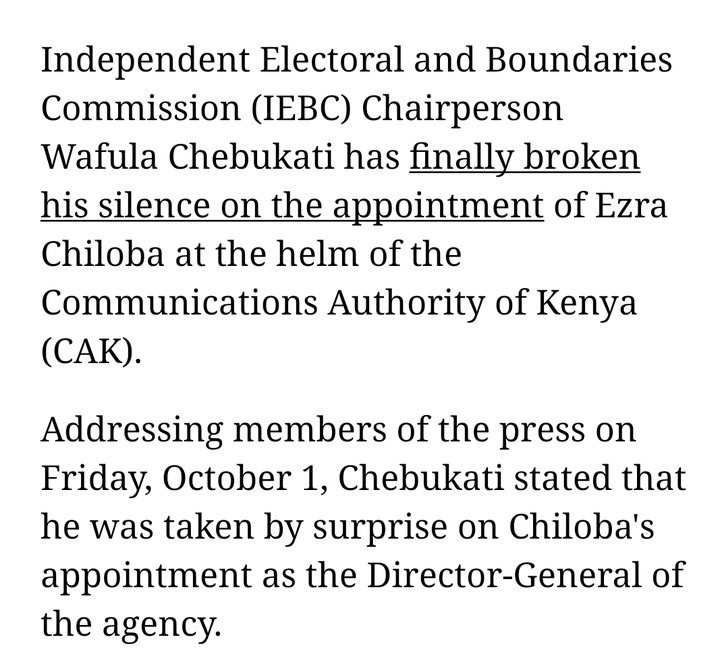 Signs that you are with the right partner in a relationship