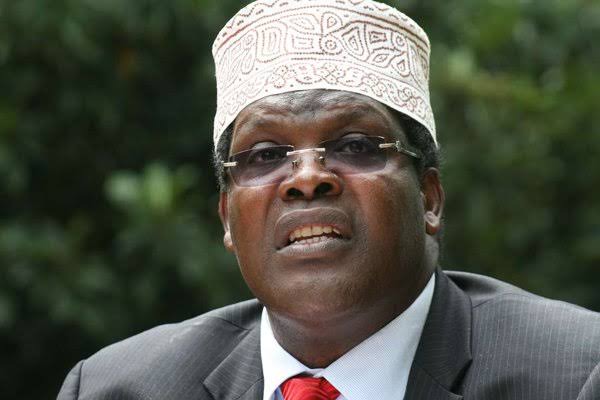 Exiled lawyer Miguna who is also a renowned legal barrister in Ontario Canada has sent a powerful message to Chebukati. According to Miguna, it's a fact Chebukati is a patriot, firm and person who believes in his decisions no matter the pressures and force.

Miguna Congratulates Chebukati for standing with the truth despite efforts by Cherera and other commissioners efforts to have him force a run off. According to Miguna, it's evident Chebukati is one of the few leaders in the country who can stand with the truth.

Miguna was reacting to claims by Chebukati that Juliana Cherera and a host of other rebel commissioners wanted her to force a run off. According to Chebukati, he announced the results in form 34As and those are not his own results but votes from the people.

According to Chebukati, the 4 rebel IEBC Commissioners were in an independent commission but were taking brief from outside forces. It's a fact that at the moment, the winner of the presidential election is William Ruto unless such is challenged in court.