By @arapoutta (self media writer) | 1 month ago 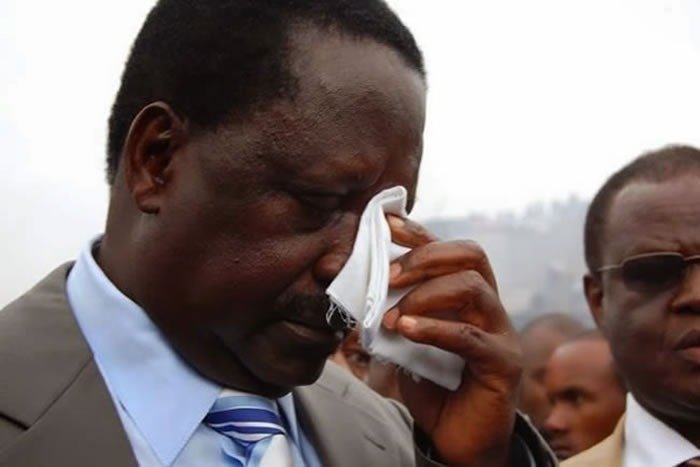 According to the News report, a section of leaders from Luo Nyanza responded to the announcement that was made by the Azimio La Umoja One Kenya leader Raila Odinga. Raila Odinga had earlier on, announced that he will be holding a ‘public consultations’ on December 7 and 12 at Kamkunji grounds in Nairobi, over what he termed as ‘a wrong turn’ the country has taken under President William Ruto.

According to the ODM Party leader, if no action is taken now, the country may slide back to the dark days of dictatorship.

"We wish to remind Mr. Ruto that this country has had a system like the one he is trying to reinvent. We fought that system, we brought down that system. We will do so to the one he is inventing now. We will bring it down." Raila said in a statement released on Friday.

While addressing the members of Suna West, Migori County on Saturday during a relief food distribution exercise, a section of leaders led by former Migori governor Zachary Okoth Obado and Cabinet Secretary (CS) for Information, Communications Technology Eliud Owalo said they will neither listen not follow Raila’s ‘call for protests.

"As a Luo community, we want to tell Raila we will not support his mass action calls. He can take his family on the street. We want to avoid unnecessary deaths that have seen innocent blood being shed in streets. " Former governor Obado said.

On the other hand, his counterpart Eliud Owalo said it is time to work, not to engage in politics.

"Politics is over and as a government, we will work for all Kenyans irrespective of how they voted as hunger, economy, employment and development opportunities cut across all Kenyans. " He added.

The two vowed to support all leaders elected on August 09, 2022, among them President William Ruto, to ensure they deliver on their mandate to Kenyans as they had promised during their campaigns.