By Vidcom (self media writer) | 3 months ago

The political campaigns to succeed President Uhuru Kenyatta seem to have taken the center stage in conversation across the country with top leaders competing to have influence in parts by convincing mps, and senators and governors to join their alliances. 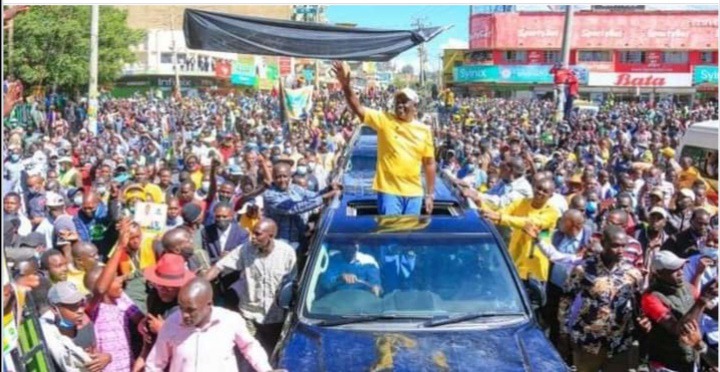 The recently form coalition is that of United Democratic Alliance party and Amani National Congress (ANC) led by the Deputy President William Samoei Ruto and Musalia Mudavadi respectively. The two leaders are now in the race to convince more leaders to join them ahead of August 9 general election. 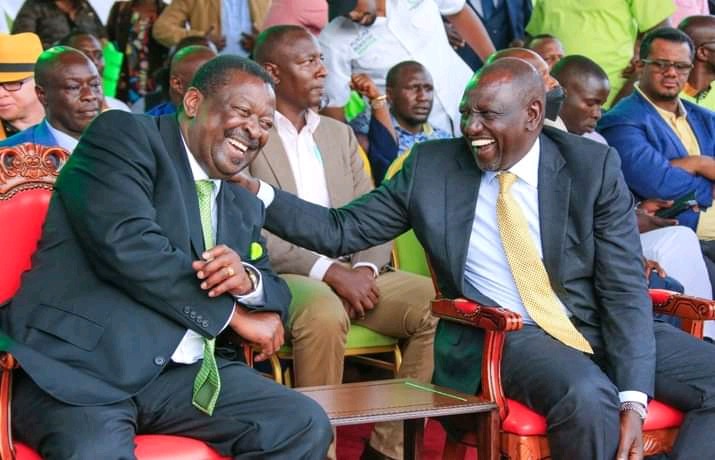 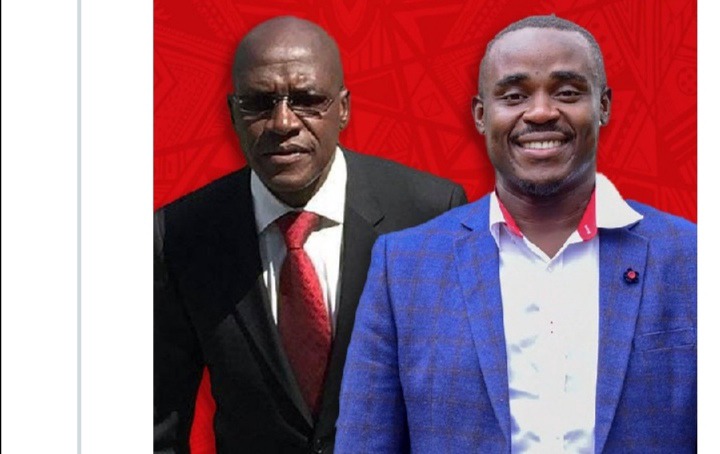 Today, ANC vocal senator Cleophas Malala Revealed that he was convinced by Raila Odinga to join his Azimio LA Umoja alliance and ditch his current support for Musalia Mudavadi but he refused. He allegedly claimed that ANC members are now persuaded using less money to join Raila Odinga team. According to a post shared by Kenyans.co.ke on twitter, Malala vowed not to betray Musalia on his presidential ambitions. 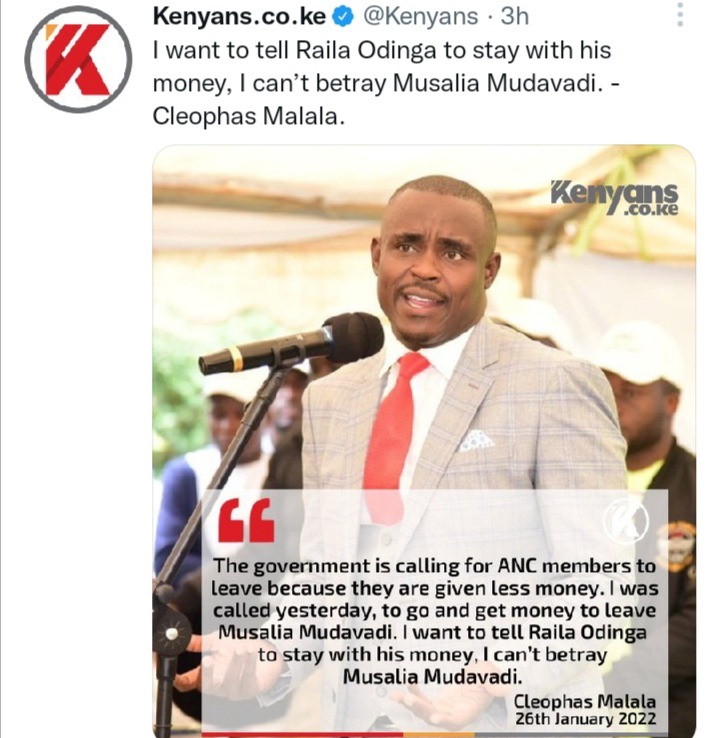 "We are winning this election with a Huge margin, " Atwoli say as he hit out at Mudavadi, Wetangula