Several Nyeri residents have taken to the streets to protest over the increasing cost of living in the country. 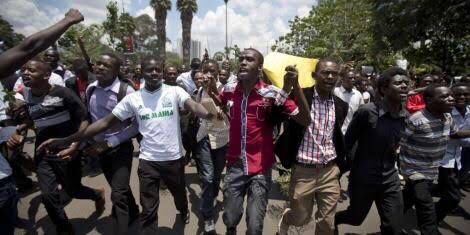 In a news report that has been shared by a reliable source of information, it has been revealed that the residents decided to take their Demonstrations to the streets after the Cabinet secretary of Agriculture, Peter Munya claimed that the government has decided to reduce flour prices by Ksh. 2.

According to the reports given by the government, it has been revealed that this was achieved by terminating the Levied tax on that had been put on these flour.

In a video that has been shared on Facebook, residents who had several placards all over the streets claimed that they are not going to vote in the oncoming General elections until their demands are met.

According to the reports given by these residents, they claimed that they can't vote on empty stomachs.

While reacting to this incident, kenyans who took to their different social media accounts to express their opinions and suggestions on the matter have called upon the government to consider looking into the already increasing cost of life in the country.

According to the reports given by most Kenyans, they claimed that it was so unfortunate that the government is yet to do something about the increasing cost of living along with the increasing number of unemployed Youths in the country despite the fact that Alot of people are currently struggling to make ends meet on a daily basis. 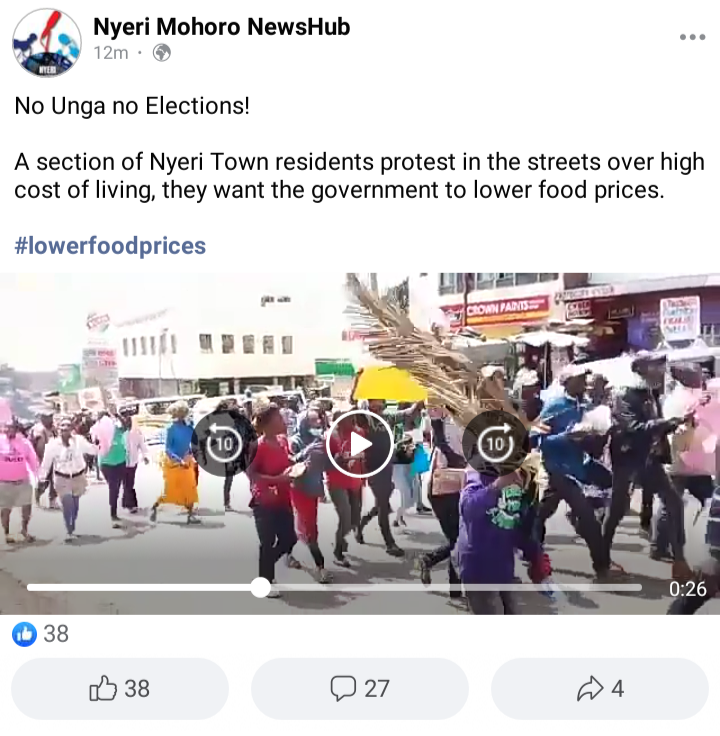