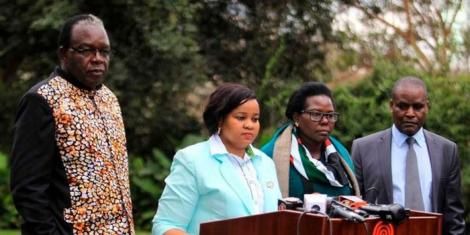 Among the dissenting commissioners, it's only Francis Wanderi and Irene Masit are remaining in the commission. The resignations comes days after President Ruto suspended the 4 commissioners.

But Senator Cherargei believes that the resignation of the commissioners should have already happened as he stated that it is long overdue.

"The resignation of IEBC commissioners vice chair Juliana Cherera and Ngang'aya is long overdue after putting the country in precipice of anarchy & has put Raila's demonstrations into limbo, confusion & political oblivion. The govt should deny him police permit because Kenyans need to work." Cherargei stated.