In a church service, Sacked Sports CS Rashid Echesa has made shocking claims against ANC' s Cleophas Malala. According to Echesa, Senator Malala has been making phone calls and sending text messages to William Ruto. 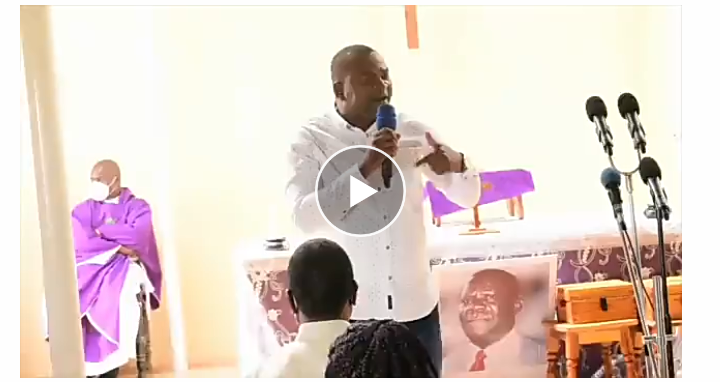 The Ex CS claims Echesa has been begging for a slot in Hustler Nation ahead of the 2022 general election. However, political observers have questioned if the senator is working on behalf of someone.

" Malala has been sending text messages to William Ruto begging for a slot in Hustler Nation. " Echesa claimed. 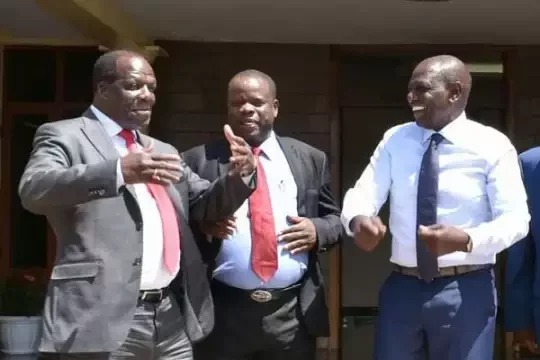 He went on to add UDA and ODM are looking to seat together and form a coalition that will make the next government.

" We (Tangatanga) are going to seat with ODM and form the next government. " said Echesa.

Could it be that Malala was working on behalf of Musalia Mudavadi? because how can the senator ask for a slot in Hustler Nation yet he doesn' t control significant votes in Western region.

Not long ago, Wycliffe Oparanya the Kakamega governor held a meeting with Ruto in Maasai Mara with the subject reported to be the 2022 general election. Is Kakamega county headed to Hustler Nation?

Reports of President Uhuru Kenyatta pushing for Gideon Moi to be the leader of One Kenya Alliance may have angered ANC leader Musalia Mudavadi, who may have decided to use Cleophas Malala to position himself in the Ruto wing.

Echesa' s claims have triggered massive reactions from Kenyans who have wondered if there could be trouble in One Kenya Alliance.

As the 2022 general election nears, Kenyans should expect unexpected coalitions between politicians who were initially thought to be serious enemies who could not see eye to eye.

Recently, DP Ruto himself said when the time is right, he will unveil his team that will leave his competitors shocked.

Content created and supplied by: Covid_KE (via Opera News )

Itumbi Reveals Author Of Statement Read By MCAs, Persons Who Financed The Address