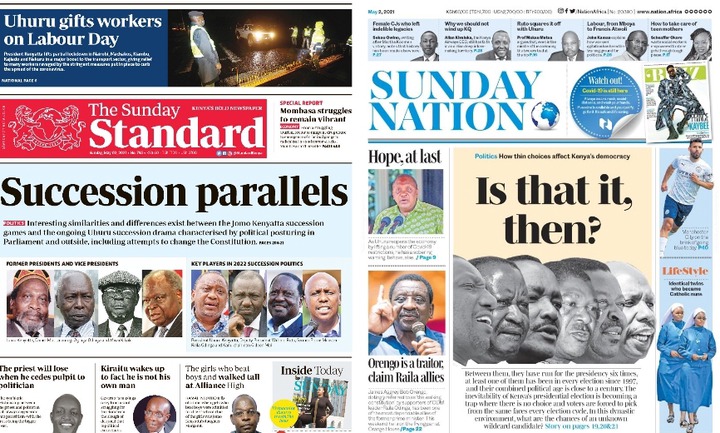 Succession Parallels- According to this headline, Interesting similarities and differences exist Between the Jomo Kenyatta succession games and the ongoing Uhuru Succession drama characterised by political posturing in Parliament and outside, Including attempts to change the constitution. 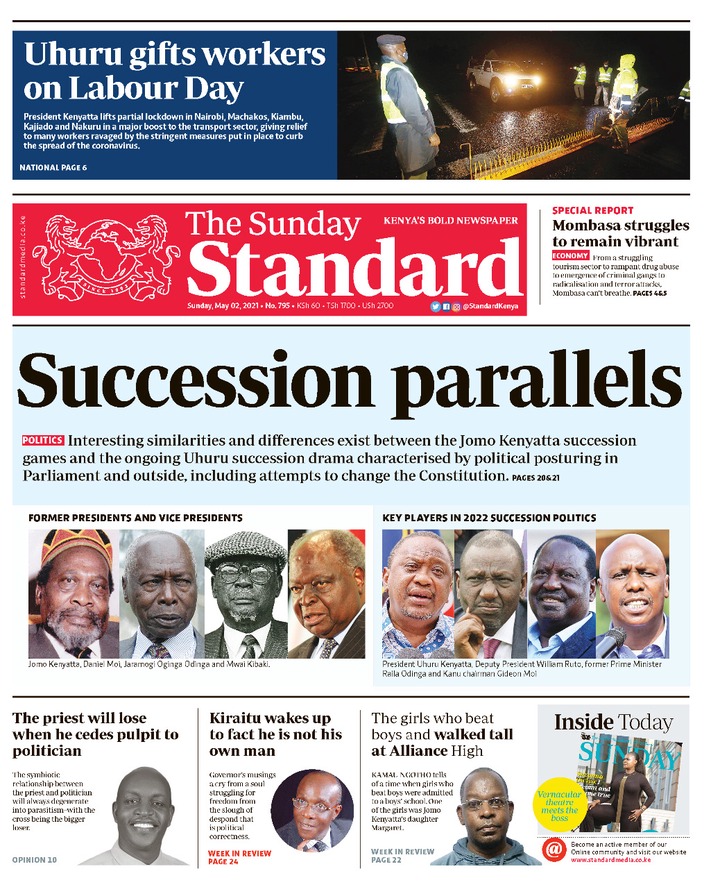 Is that It-According to Sunday Nation Newspaper Headline, Between them,they have run for the presidency six times,at least of them has been in every elections since 1997,and their combined political age in close to a century.The inevitability of Kenya's presidential election is becoming a trap where there is no choice and voters are forced to pick from the same faces every election cycle.in this dynastic environment,what are chances of unknown wildcard candidates. 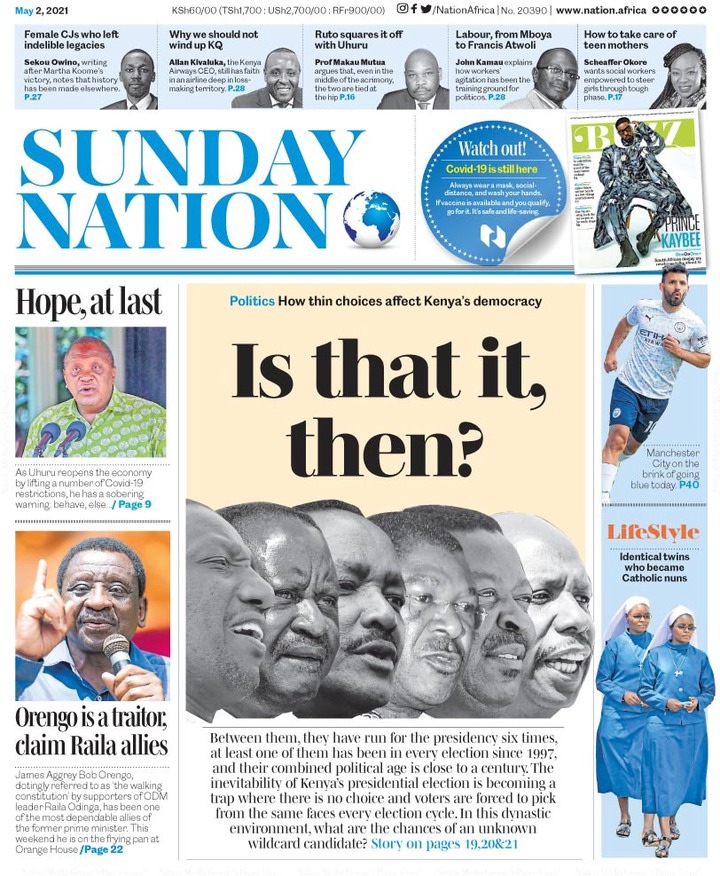 Maurice:Kenyan Githeri Media, which has been discussing the same, mundane issue since 2017, is complicit to the wrongs of the Executive and Parliament against the Kenyan people. Uhuru Kenyatta was correct in that Kenyan Newspapers are suited for "kufungia Nyama". 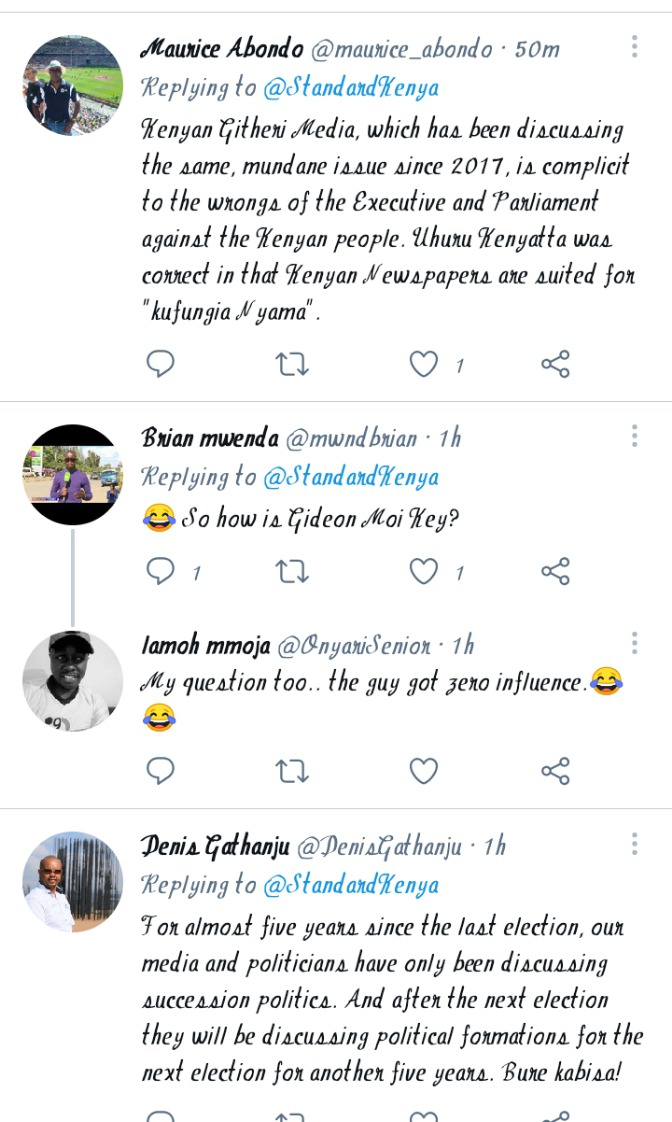 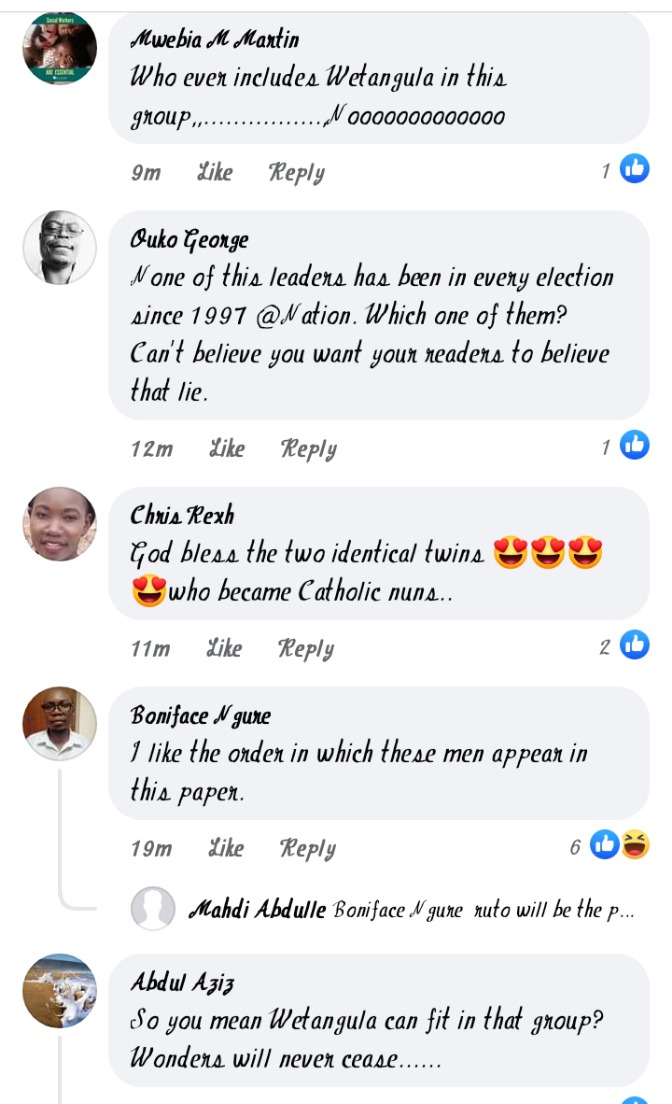 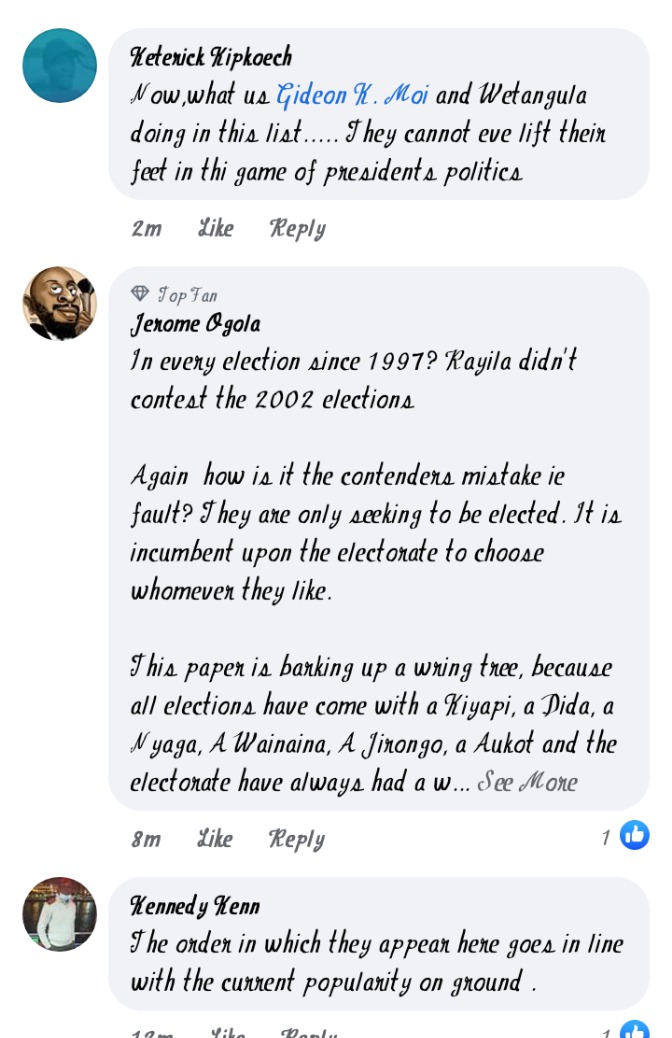