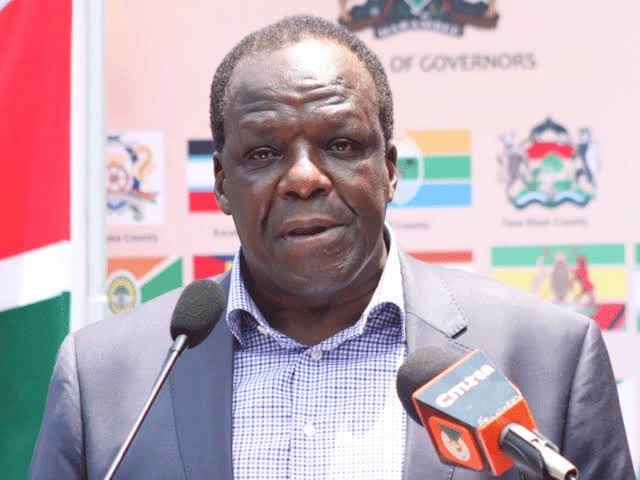 Wycliffe Oparanya is a prominent voice within the Orange Democratic Movement party, affiliated with the Azimio-OKA coalition. In addition, he was the former governor of Kakamega County, a position he held for a total of two terms.

Today, he shared his plans for the future, which include serving this country in the highest elected office possible. According to a video that was tweeted out by TV 47, the former governor stated that he has no plans to leave the Orange Democratic Movement (ODM) party, citing the fact that it is the political organization in which he has made significant investments and served in leadership roles. He used the party as a vehicle to run for political office and ultimately win several seats, including the state governorship, which he held for a decade.

In addition, he stated that the Azimio movement, of which the ODM is a component, will reach a consensus on the seat for which he will run in 2027, even though he still harbors aspirations to hold the presidency.

Jubilations to All Teachers As TSC Sends the Following Good News to them 8 days to school Reopening.

JUST IN: President Ruto Drops a Major Announcement on School Fees, Directs All Principals to do This

"Ashaanza?" Kenyans As They Gang Up Against Gov Kawira Over Her Today's Remarks Against MCAs