Former presidential candidate, Abduba Dida has raised his suspicion and questions over the alleged abduction and torture of Ruto's man who is reported to have been Abducted and tortured a few weeks ago. 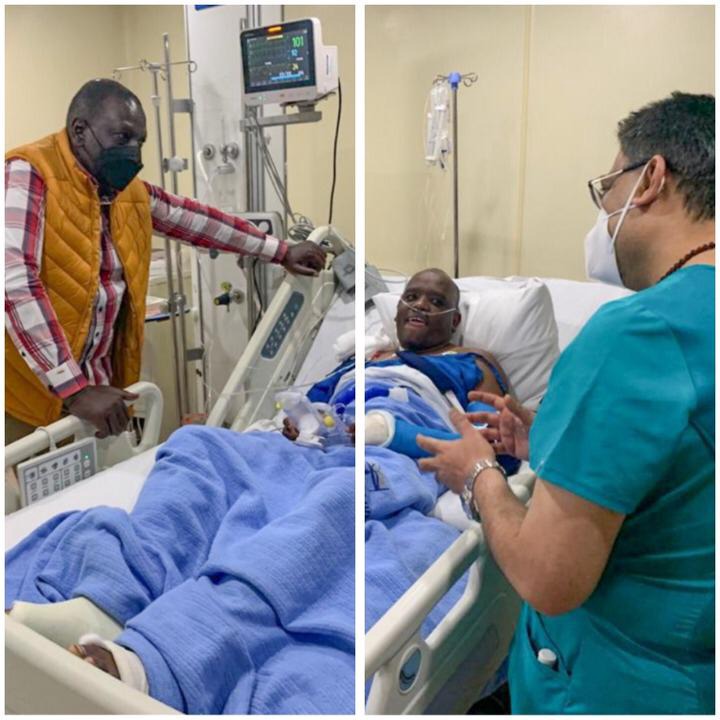 Taking to his Twitter account to express his opinion and suggestions on the matter, Abduba Dida questioned why no Cctv camera caught the Abductors of Itumbi dumping his body despite the fact that he was allegedly dumped in an estate with numerous Cctv cameras all around.

This is happening at the same time when the deputy president of Kenya, honorable William Ruto has revealed that the people who allegedly abducted Itumbi tortured him Mercilessly. Taking to his different social media accounts to express his opinion and suggestions on the matter, Ruto said that he was told that Itumbi was tortured.

With this in mind, kenyans who took to their different social media accounts to express their opinions and suggestions on the matter have called upon the inspector General of police, Hillary Mutyambai to conduct an investigation in order to find out what happened or rather who are behind this.

According to the reports given by most Kenyans, they claimed that it was so unfortunate that Itumbi who is a close Ally of the deputy president of Kenya, honorable William Ruto could be Abducted and even get tortured despite the fact that government is able to find the suspects.

However, according to the reports given a minority of Kenyans who also expressed their opinions and suggestions on the matter, they called upon President Uhuru Kenyatta to order the police to investigate this issue In order to find out who are behind this. For this kenyans, they claimed that this was necessary in order to find out whether or not this whole incident was true or a scam. 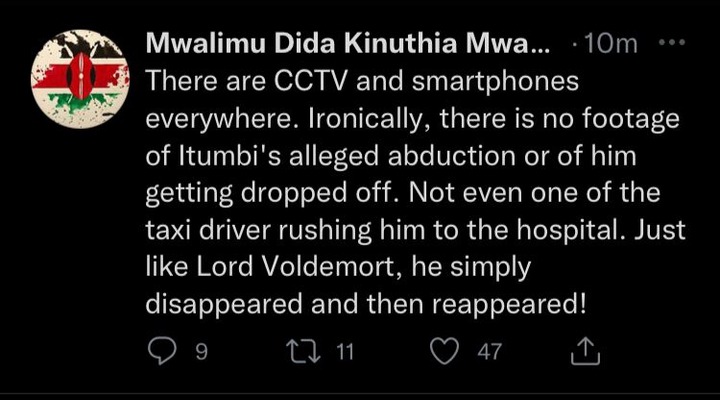