William Ruto is on a vote hunting mission.Of late,he has been under attack from the Azimio La Umoja for undermining president Kenyatta.Ruto's confirmations that he almost slapped Kenyatta has been described as being temperamental to lead the country as said by Martha Karua two days ago.Currently,the Azimio team is alleging vote rigging claims emanating from Wetangula's previous closeness with the Greek company printers. 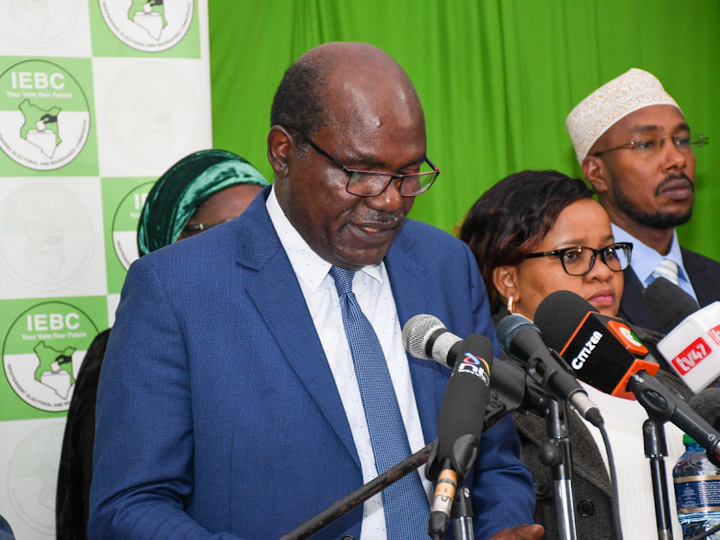 Yesterday,Raila's Odinga's allies continued to pile pressure to Independent and Electoral and Boundaries Commission to come clean on the reports that Moses Wetangula had links to the Greek ballot paper printers that won the tender.Raila while in Mount Kenya said that there are plans to sneak in 200 votes in 10,000 polling stations to benefit Ruto.They argue of a plan to print extra ballot papers.Raila has said that without the manual voting backup register,there will be no election.

Since then,Kenyans have been reacting with more misinformations circulating in the media stations.This has now seen Star Newspaper move swiftly to denounce news allegedly on its headlines that Chebukati's team was bribed with 3M Dollars together with his commissioners.Star has termed this information as fake. 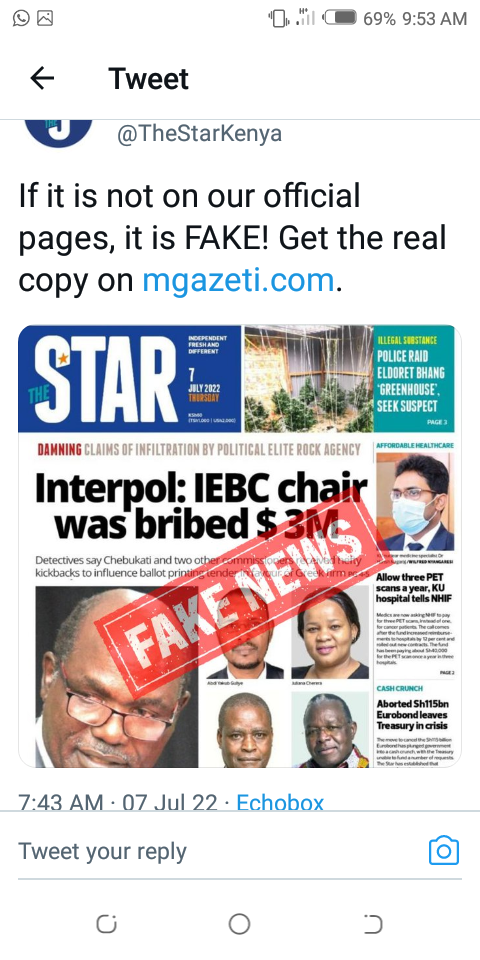 Why Journalists Were Kicked Out of Auditorium at Bomas of Kenya

"Give it up, it's Over" Says Kuria As He Finally Alleges What Other People are Trying to 'Do'

"I Will Not Accept" Gubernatorial Aspirant Kidero Refuses To Concede Defeat, Vows to go To Court