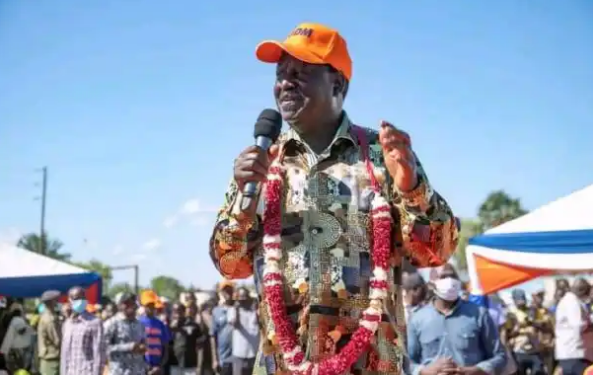 The Former Chief Executive Officer in the Ethics and Anti Corruption Commission (EACC) Halakhe Wako was at the Orange Democratic Movement (ODM) headquarters Tuesday to meet party leader Raila Odinga and declared his fidelity to the orange party.

The Ex-EACC boss said his decision to join Raila was informed by his record as a leader describing Mr. Odinga as the “father of democracy, father of development and father of governance and human rights.”

“No one matches Raila Odinga’s record. No one has fought for our democracy and human rights as much as Raila.” He said as he led a group of leaders from Isiolo County who has decamped to ODM.

According to Waqo, Raila has done so much for the country, especially for the residents of North Eastern Kenya, and therefore deserves the support of all citizens in his quest for the presidency.

Wako, who will soon announce the seat he will be seeking in Isiolo County said the decision to join the former Prime Minister’s camp is right and that Kenya will be safe in Raila’s hands after the expiry of President Uhuru Kenyatta’s term.

What Musalia Said in Bomas That Raised Questions