By MinAda (self media writer) | 2 months ago

In as much Azimio la Umoja flag bearer Raila Odinga has insisted that the opposition is in unity and they will work together to make the government fulfil their promises, there are indications that that might not be the case. This is according to Taifa Leo Sunday edition. Jubilee party members have shown all signs that they might exit Azimio anytime. 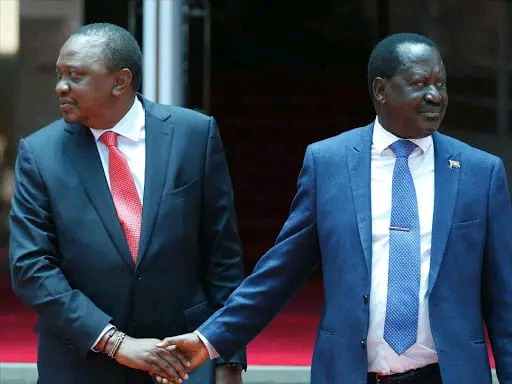 According to reports, political divorce between Raila and his Mt Kenya allies is looming;

First, former president Uhuru Kenyatta has fully concentrated on the work that he was assigned by president William Ruto. The peace keeping mission in Africa and specifically East Africa is being done well by the former president.

Second, leaders that are allied to Jubilee party have missed Azimio meetings. For instance, the meeting that was in Naivasha, no recognisable Jubilee party leader attended. Majority were from ODM and others were from other parties.

Third, a section of Jubilee party leaders from Mt Kenya, who were foot soldiers of Azimio has promised to unite behind Rigathi Gachagua. That they will fully rally behind him. One of them is EALA MP elect Kanini Kega. 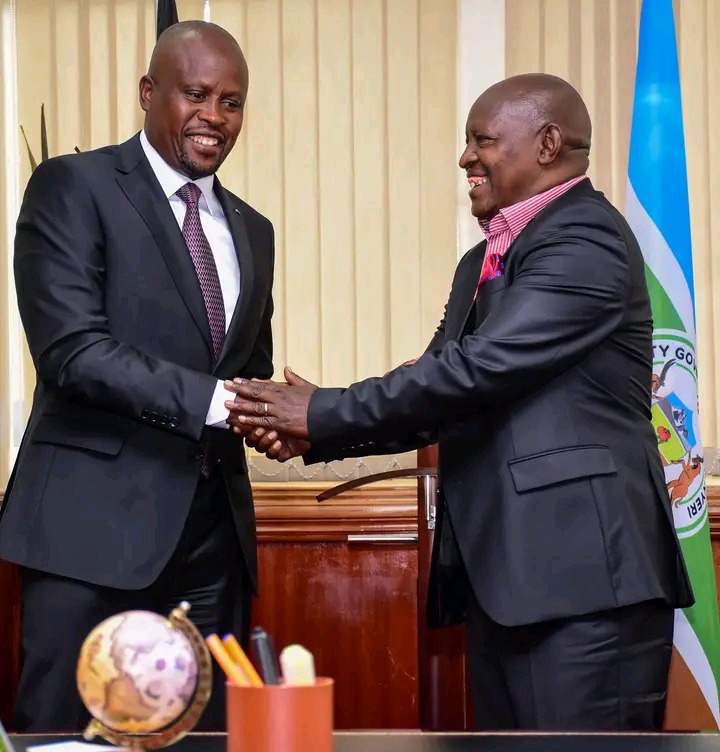 Fourth, some leaders from Jubilee party have insisted that they do not owe Raila anything. That some of them even lost positions because of their support for Raila. One of them is former Nyeri Town MP Ngunjiri Wambugu.

Fifth, some Jubilee party members have complained that they are being mistreated in Azimio. Led by nominated MP Sabina Chege, they accused ODM party of being greedy and taking majority of positions. Now that the time for parties to leave coalitions at their will is near, it is alleged that Jubilee might leave Azimio.

For more information on the same, grab a copy of Sunday 27 November Taifa Leo. 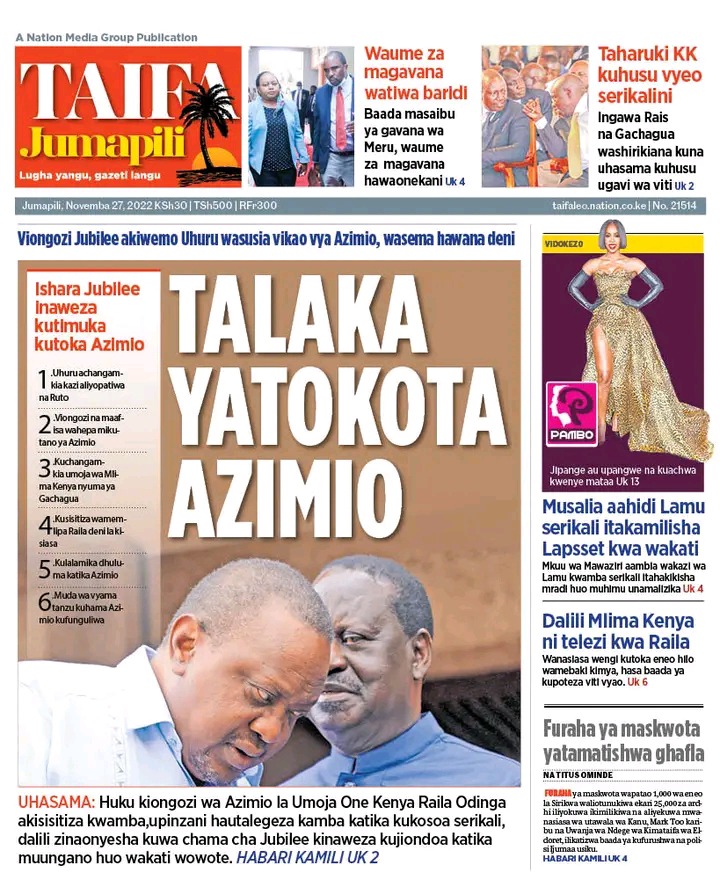